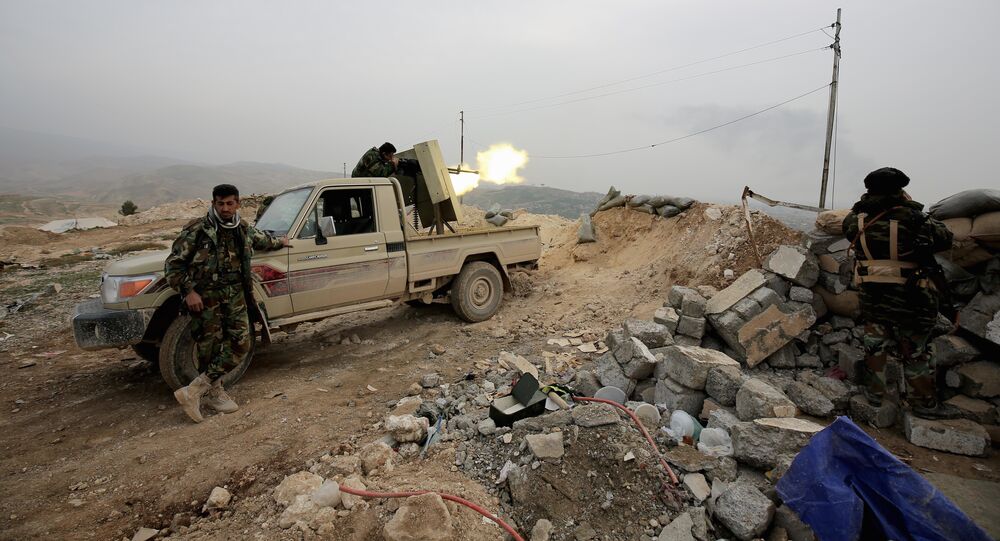 Turkish forces entered Iraq with agreement with Sunnis of Iraq and they are participating in the liberation of Mosul, according to a representative of the Peshmerga, Iraqi Kurdish armed forces.

MOSCOW (Sputnik), Alexander Mosesov — The Arab population of Iraq's Mosul are cooperating with Turkish forces to ensure that the city will be liberated from Islamic State (ISIL or Daesh in Arabic) by Sunni, and not Shia, militias, a representative of the Peshmerga, Iraqi Kurdish armed forces, told Sputnik on Tuesday.

“These [Turkish] forces have entered [Iraq] with agreement with Sunnis of Iraq and they are participating in the liberation of Mosul. The Arabs [of Mosul] don't want Iraqi Shia militias to enter Mosul hence they asked Turkey to supervise the Sunni militia,” the Peshmerga representative said.

Amid Turkey's deployment of troops in Iraq, the government in Baghdad has warned that it is ready to take appropriate measures against the Turkish forces if Ankara does not pull its troops out of the country by the deadline set out by the government, which is late Tuesday.