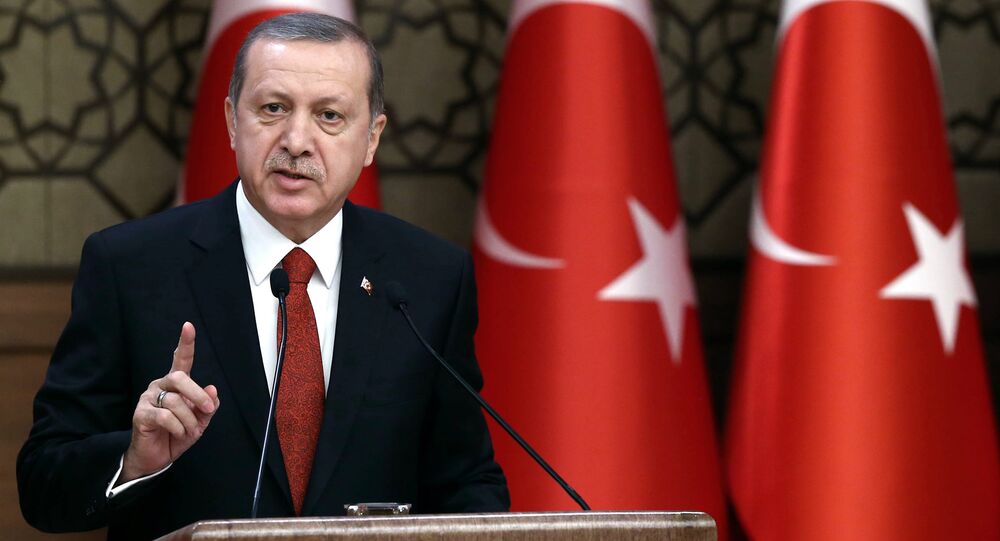 Erdogan’s personal vendetta against the Kurds may be more important to him than the war against Daesh.

© AP Photo / Lefteris Pitarakis, File
Turkey Playing 'Daesh Card to Achieve Its Own Geopolitical Goals'
Turkey’s president is more concerned with his country's old feud with its Kurdish minority and fighting other Kurdish groups in neighboring states than the more dire threat posed by Daesh (ISIL/ISIS), according to the German political scientist Tomas Spahn.

"While the US and Europe seek to destroy the threat posed by Daesh, Erdogan is waging his own private war against the Kurds," Spahn wrote for the news portal Tichys Einblick.

Both Syrian and Iraqi Kurds are currently locked in a savage battle against Daesh, but Turkish authorities believe that the Syrian Kurdish Democratic Union Party (PYD) is affiliated with the Kurdistan Workers’ Party (PKK) which is listed as a terrorist organization in Turkey.

Despite the fact that Turkey joined the US-led coalition tasked with destroying Daesh, it has in fact mostly launched airstrikes against the Kurds, thus weakening the ground force which has long stood against the terrorist group. In October, Turkey struck Kurdish positions when PYD-affiliated YPG militia fighters crossed the Euphrates River to fight Daesh, according to Reuters.