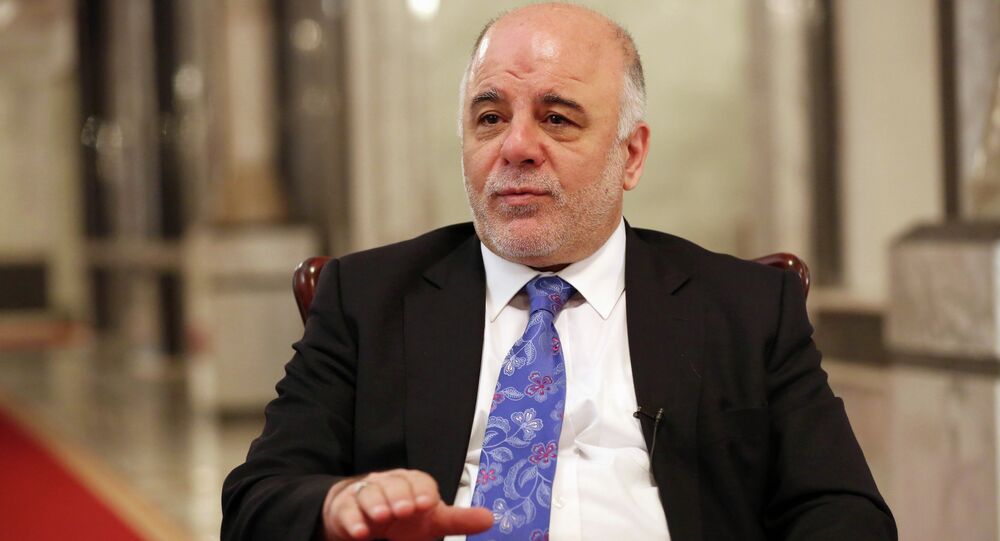 Iraq's Prime Minister on Monday said that most of the oil produced in territory held by Daesh, also known as ISIL/The Islamic State, in Iraq and Syria is being smuggled through Turkey.

In a meeting with German Foreign Minister Frank-Walter Steinmeier, Haider al-Abadi "stressed the importance of stopping oil smuggling by the terrorist gangs of Daesh, most of which is smuggled through Turkey," according to a statement posted on his website.

© AP Photo / Lefteris Pitarakis
Is Deployment of Turkish Troops to Iraq an 'Action Agreed With Washington'?

Erdogan had denied the accusations, and has said he would stand down if they were proven to be true. Additionally, Ankara says it has made progress in combating fuel smuggling networks that have operated on its borders for decades, Reuters reported.

The remarks from Abadi come amid heightened tensions between Baghdad and Ankara, which deployed approximately 600 additional troops to a camp in Iraq’s Ninevah province, close to the city of Mosul.

Iraq says the deployment violates its sovereignty, and has threatened to complain to the United Nations Security Council unless Turkey withdraws its forces.

Accusations about Turkey's involvement in oil smuggling by Daesh came to light after Turkish jets shot down a Russian bomber on the Syrian border.