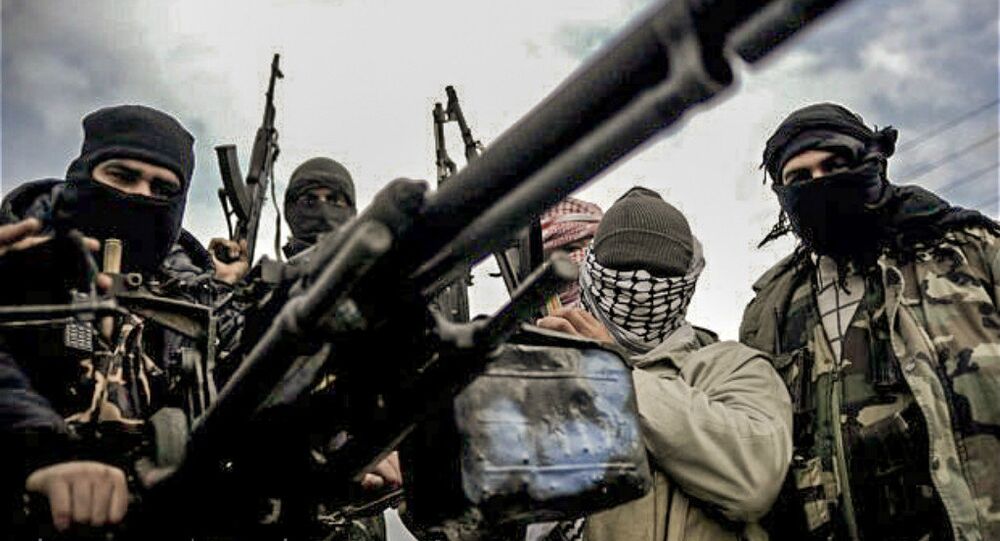 When the information about the trucks became public, MIT officials and high-ranking Turkish politicians, including President Recep Teyyip Erdogan, who was Prime Minister back then, and Prime Minister Ahmet Davutoglu, then the country's foreign minister, were furious that the gendarmes stopped the trucks and said the Syria-bound trucks were carrying "humanitarian aid" to Turkmen living just south of Turkey, the newspaper said.

"Yes, I'm saying this without any hesitation. That aid was going to the Turkmens. There will be a war next door and we will watch our Turkmen, Arab and Turkish brothers being massacred," Davutoglu said, as cited by Today's Zaman.

The gendarmes involved in the interception confirmed that the Syria-bound trucks weren't going to an area where the Turkmen lived, but to an area populated by radical groups, the Turkish newspaper said.

When an investigation into the MIT case was launched, the ruling Justice and Development Party (AKP) called the probe as "treason and espionage" on the part of prosecutors.

New Twist in the Story

Then on Saturday, contrary to his earlier claims that the MIT trucks were carrying humanitarian aid to Turkmen, Erdogan said the trucks were actually heading on their way to help the Free Syrian Army (FSA).

"They [the gendarmes who revealed the transfer] also exposed those going to the FSA in that way," Erdogan said on Saturday while addressing his supporters in Balikesir, as cited by Today's Zaman.

© Sputnik / Dmitriy Vinogradov
Russia Outperforms US-Led Coalition by 100 Times in Anti-Terror Fight - Syrian FM
Well, that's getting pretty confusing — were the trucks delivering "humanitarian aid" to the Turkmen or the FSA then? Just make up your mind, Mr. Erdogan. Where the trucks were heading and what were they carrying after all?

Meanwhile, some very high-ranking Turkish officials, including then-president Abdullah Gul, revealed that the Syria-bound trucks were a "state-secret," leading to more speculations that the trucks were indeed filled with weapons.

The recent developments are taking place in the wake of a major government crackdown on two Turkish journalists of the Cumhuriyet newspaper, Can Dunbar and Erdem Gul, who we arrested for covering a story and releasing pictures, claiming that Turkish trucks provided weapons to Syrian opposition rebels.

The reason why the Turkish government arrested the journalists is because Erdogan and his ruling party don't want reporters to write about certain things, such as the government's support of Syrian rebels, corruption and other important things that people should actually know about, human rights activist Arzu Geybulla said.

Following the arrest of the journalists, who covered Erdogan's "tender" topic, it looks like the Turkish President is trying to eliminate everyone who's willing to speak up or reveal the fact that the Turkish government was helping out Islamic extremists in Syria.

All of this comes amid the political scandal involving the downing of the Russian Su-24 by a Turkish Air Force F-16 fighter jet on Tuesday.

After the incident Russia said Turkey was one of the countries which cover the actions of Islamic terrorists in Syria.