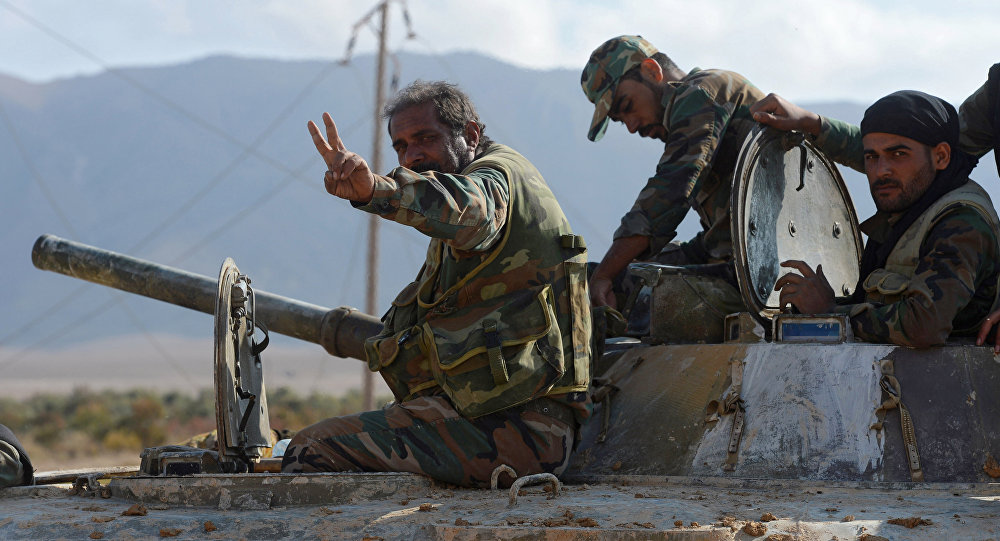 The Syrian forces repelled a massive assault by Islamic State (ISIL) militants on the strategic Deir ez-Zor air base, having destroyed scores of attackers in a counter-offensive.

A massive offensive by ISIL militants to break through defense lines of the Syrian Army near the Deir ez-Zor base was stopped, a source told FARS News.

The militants stepped back, having left behind many dead or wounded. After the Syrian forces launched a counterattack the terrorists fled the battlefield.

A large group of ISIL terrorists were killed and wounded in clashes with the Syrian Army in al-Huweika and Jebila neighborhoods of Deir ez-Zor, according to informed sources.

Other sources told FARS News that the Syrian forces clashed with ISIL Takfiri militants who were trying to attack residential neighborhoods in Deir ez-Zor city and its military airport. A number of the attackers were destroyed, while many escaped the battlefield.