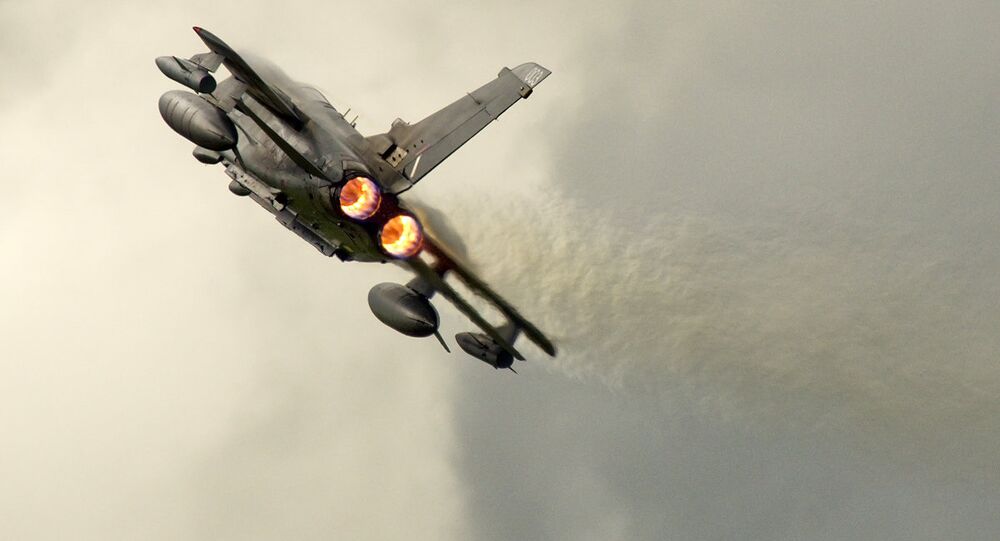 UK Defense Secretary Michael Fallon called on the country’s lawmakers Sunday to support expanding the military operation against the Islamic State militant group to Syria, as the Paris-style attacks in London are extremely likely.

MOSCOW (Sputnik) — “What happened in Paris and Brussels could easily happen in London,” Fallon told The Telegraph newspaper in an interview.

“I hope all MPs [members of parliament] will weigh up the arguments. They need to keep us safe here in Britain, to respond to the United Nations resolution and to France’s call for help. The RAF [Royal Air Force] is making a difference in Iraq and we need to hit Isil [IS] harder and deal with this death cult once and for all,” Fallon said.

© Flickr / David Allan
'Degrade & Destroy': Paris Urges UK to Expand Anti-ISIL Airstrikes to Syria
London has been carrying out airstrikes against ISIL targets in Iraq since 2014. On Thursday, Prime Minister David Cameron set out the case for extending UK’s military campaign against ISIL terrorists to Syria. The prime minister needs to shore up support of lawmakers from the opposition Labour party before he can press for a vote in the House of Commons.

French Defense Minister Jean-Yves Le Drian has called on the United Kingdom earlier this week to expand into Syria its air operations in the US-led coalition attacks against the Islamic State.