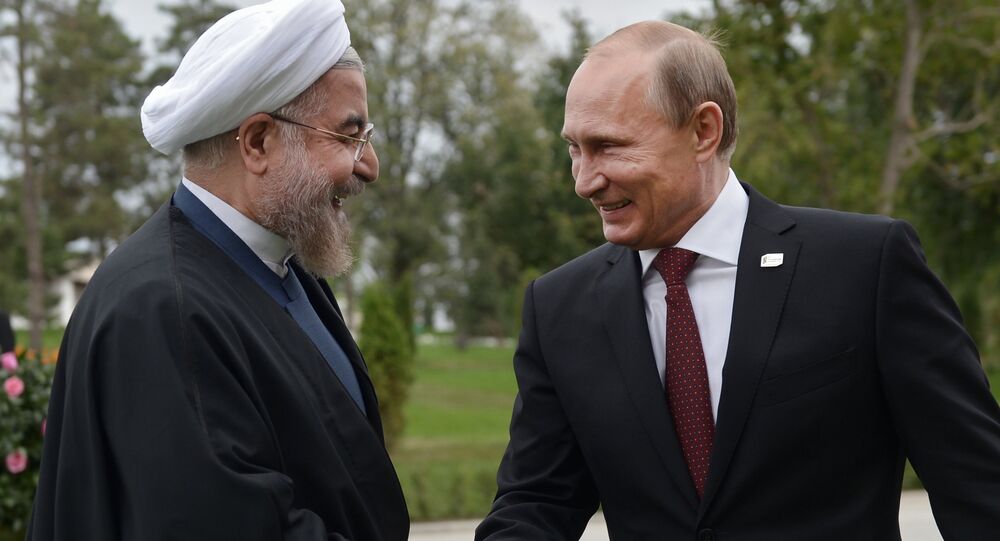 The pilot of the downed Russian Su-24 bomber was saved in a joint rescue operation supervised by the commander of Iran's elite Quds Force of the Guardians of the Islamic Revolution, Major General Qasem Soleimani.

Iranian journalist and political analyst Emad Abshenas talked to a friend of his, a Syrian officer, who is currently in Latakia, and has all the details on the ground team that extracted Konstantin Murahtin.

Soleimani, according to the expert, assembled a rescue team made up of 18 Syrian special operation forces and six Hezbollah fighters with firsthand knowledge of the terrain. They were tasked with saving the pilot, while Russian forces provided air and intelligence support.

© REUTERS / Reuters TV/Haberturk
Meet Syrian Rebel Commander Who Bragged About Killing Russian Su-24 Pilot
As soon as they reached the front line, Russian aircraft launched airstrikes against rebels forcing them to flee. The team could then advance further into enemy territory.

The joint team was receiving extremely detailed intelligence information on everything surrounding them, even the movement of ants located hundreds of meters away, Emad Abshenas noted, citing the Syrian officer. In addition to saving Konstantin Murahtin, they also eliminated all terrorists in the area.

The timing of the operation was perfect but luck played a certain part in its success.

The Syrian officer, who spoke on condition of anonymity, explained that Turkey and the Turkmen could not agree on what to do with the pilot. The former wanted to take him as prisoner and later use him as a bargaining chip in talks with Russia. The rebels insisted that he should be treated like the Jordanian pilot captured by ISIL in late 2014 and burned to death several days later.

This bickering gave the team enough time to save the Russian pilot.

© AP Photo / Emrah Gurel
Erdogan Shot Himself in the Foot: Russia Has Means to Punish Turkey for Downing of Su-24 Bomber
All 24 fighters, who took part in the operation, safely reached the base.

The Kremlin, according to the analyst, received all the latest updates on the rescue operation as the events unfolded. Russian President Vladimir Putin is said to have been closely following the action via satellite transmission.

On Tuesday, a Turkish F-16 shot down the Su-24, claiming that the aircraft had violated its airspace. Russian officials and the Su-24 pilot, who survived the crash, insist that the plane did not cross into Turkey. The crew, according to the pilot, did not receive any warning prior to the attack.

The Su-24 downing as well as the missile attack on Russian journalists in Latakia appear to confirm what many have assumed – moderate opposition groups are simply nonexistent in Syria, Emad Abshenas noted.