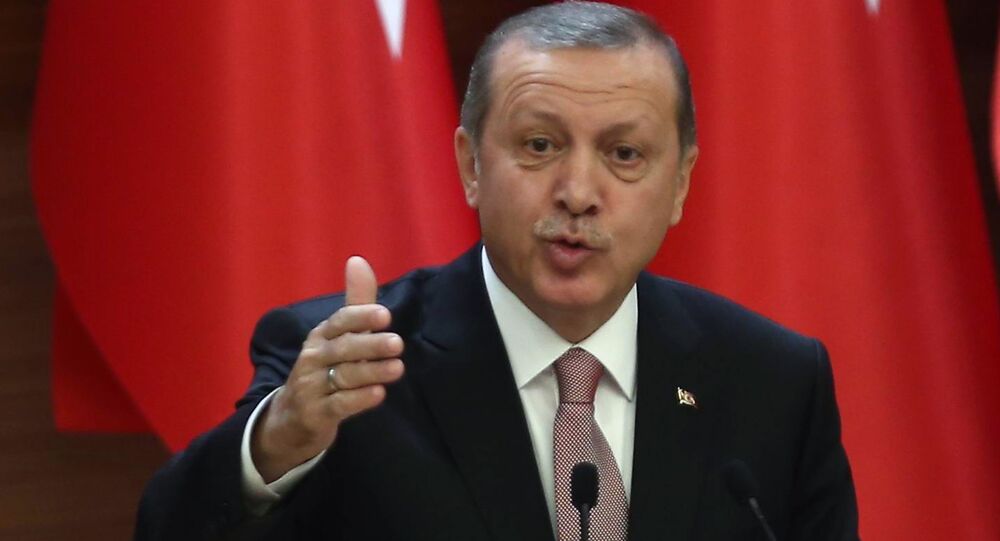 Turkish President Recep Tayyip Erdogan said Saturday he was greatly disappointed over the downing of a Russian Su-24 plane and expressed hope that this would not happen again in the future.

On Tuesday, the Russian Su-24 bomber was downed by an air-to-air missile launched by a Turkish F-16 jet over Syrian territory, falling 4 kilometers (2.5 miles) from the Turkish border. Russian President Vladimir Putin described the Turkish attack as a "stab in the back" carried out by "accomplices of terrorists."

"This incident upset us greatly. I really hope this will not happen again. We shall discuss this issue and find a solution. On Monday, Paris will host the international climate summit, this could be a chance to restore our relations with Russia," Erdogan said in a speech.

© AFP 2020 / JOHN THYS
France Condemned Turkey's Downing of Russian Su-24 During NATO Council
"Confrontation will not make anyone happy. As Russia is important for Turkey, Turkey is important for Russia. We cannot remove each other from the horizon," the president added.

Following the incident, Erdogan said Ankara would not apologize over the incident after Moscow demanded an apology.

Erdogan later said that the relations with Russia were very important for Turkey, but warned Moscow against "playing with fire" by supporting Syrian President Bashar Assad.