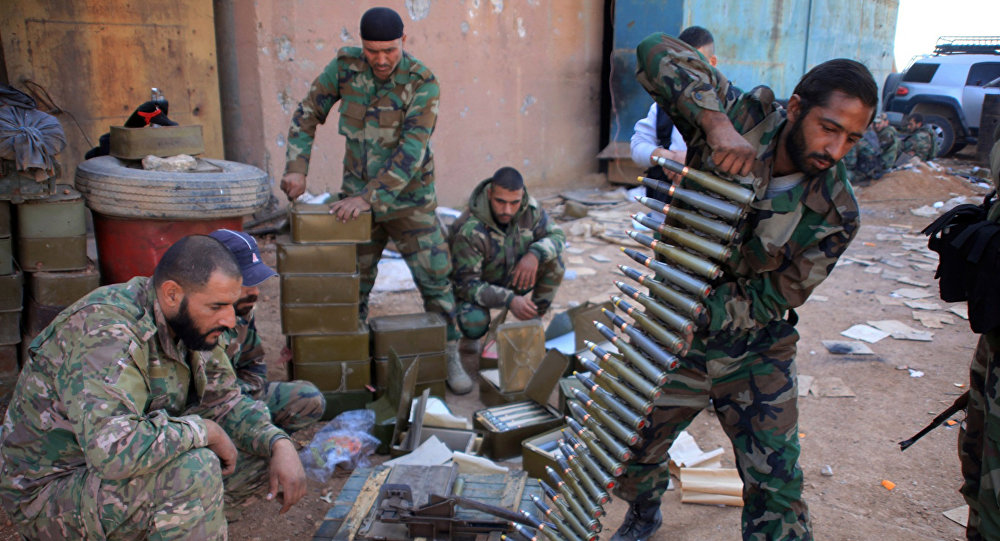 The past 24 hours have seen the Syrian Army's ongoing advance on Islamic State militants in Aleppo province, where Syrian forces, backed by Russian airstrikes, have taken back a number of villages.

© Sputnik / Mikhail Voskresenskiy
Russia Plans to Rebuild Syria From Ashes – German Press
The Syrian Army and the National Defense Forces, supported by Russian and Syrian airstrikes, have managed to liberate an array of villages from Islamic State militants in Aleppo province, where the jihadists suffered heavy losses, according to the Iranian news agency FARS.

A number of the ISIL militants' strongholds and ammunition depots in Shamer village and the city of al-Bab were reportedly destroyed by Syrian warplanes, leaving dozens of militants killed or wounded.

Additionally, the Syrian fighter jets launched a series of airstrikes on the militants' positions in the villages of Abu Jaloul, Jub al-Kaf and Tibeh in Aleppo, inflicting heavy losses on the jihadists.

#SYRIA For our people! For Paris! Pilots and technicians of #Hmeymim airbase sent a message to terrorists by airmail pic.twitter.com/8jviPBsHph

Additionally, the Syrian bombers staged airstrikes against the ISIL Takfiri terrorists near Rasm al-Abd, Deir Hafer and Najara, leaving many of them dead or injured.

According to sources, it was the first time since the beginning of the Russian air force's aerial operation against ISIL in Syria that the Islamic State positions inside and outside of the Jirah airbase had been heavily bombarded by Russian fighter jets.

Sources said that the Russian airstrikes on the Jirah airbase may pave the way for the Syrian army's massive ground operation, which is aimed at liberating the third key airbase in the country after Kuweires and Marj al-Sultan airbases in Aleppo and Damascus provinces, respectively.