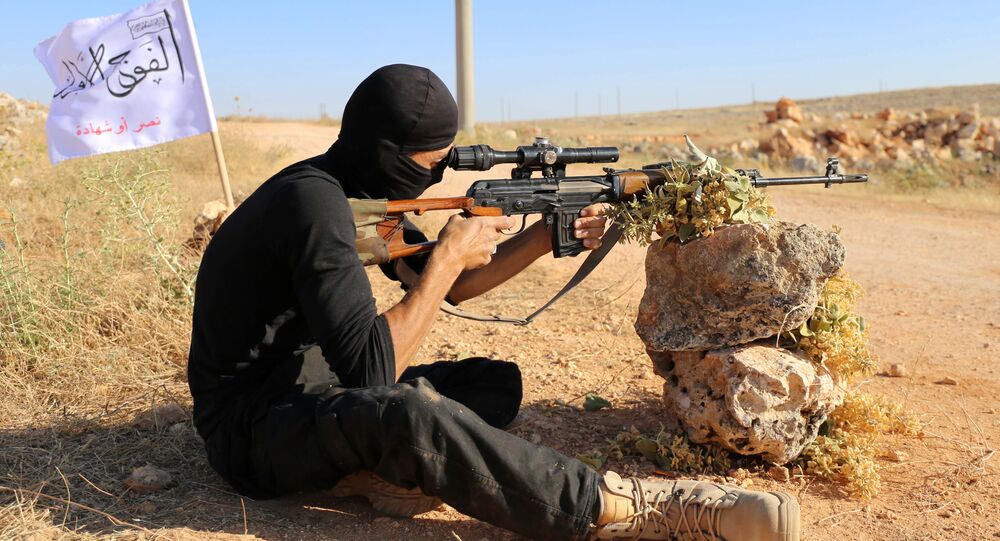 You’re Doing It Wrong: What the West Needs to Do to Beat ISIL

Western countries need to cut off ISIL's supply of money and stop arms from coming from the Gulf monarchies, a German journalist says.

© AFP 2021 / LOUAI BESHARA
US Congressmen to Obama: Forget Assad, Fight ISIL
Jurgen Todenhofer, a German journalist who has visited ISIL-controlled territories, told RT that in order to deal a serious blow to the terrorist group, the West needs to first and foremost disrupt the delivery of armaments and money from the Gulf monarchies.

The journalist remarked that while the militants didn’t confirm it, he had the impression that ISIL is still getting weapons and funds from countries such as Saudi Arabia.

The weapons and munitions supplied to the Kurdish Peshmerga squads and to the Free Syrian Army also often end up on in the hands of ISIL militants via the black market, Todenhofer observed.

The issue of the porous Syrian-Turkish border, which is constantly being traversed by fresh ISIL recruits, also needs to be addressed, Todenhofer added.
At the same time he cautioned against a direct military confrontation between the Western militaries and Islamic State forces.

"I cannot judge the Russian army but I can judge the Western armies. The American Marines and special forces have no chance in a fight against guerilla fighters, because these fighters are ready to die, and Americans Marines do not want to die," he said.

In 2014 Jurgen Todenhofer became the first Western journalist to visit the ISIL-controlled territories, including the militants’ so called capital of Raqqa, and return home safely. He spent 10 days among the militants, having long discussions with them and observing their daily life.