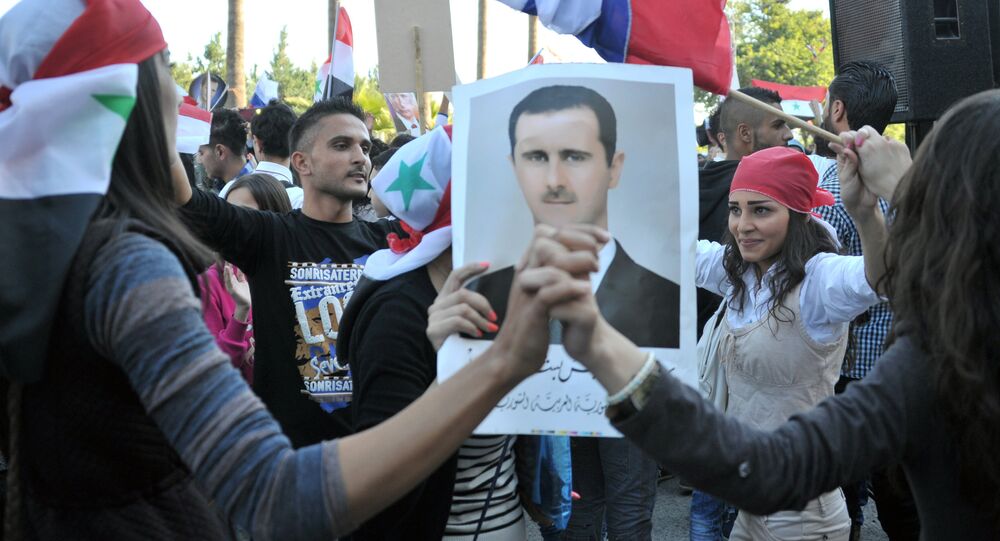 Given the recent attacks in Paris and the ongoing chaos in Libya and Iraq, Western leaders who continue to pursue their post-9/11 war on terror should realize that they have failed to “remake the world in their own image” and any attempt to topple a regime in the Middle East will wind up giving power to “hard-line Islamists”, according to US media.

The post-9/11 war on terror has failed, and from now on it won’t be part of a ”neoconservative project to remake the world in our own image,” according to a political analyst Emile Simpson.

Any attempt to topple a regime in the Middle East will only end up providing power to hard-line Islamists, he said in an article published in Foreign Policy magazine.

The author uses Syria as an example.

“Syria makes plain that we don’t, actually, have an alternative to Assad,” he says.

“Whatever Assad’s personal fate, dissolving his regime means removing any vestige of state order that remains in Syria, and replacing it with even more chaos.”

“And surely we’ve learned by now that things can always get worse. Syria merely confirms the lesson the West should have learned from Iraq: that the freedom agenda in the Muslim world is dead.”

© AP Photo / Uncredited
Abdullah Ahmed walks outside his home that was damaged in a bombing in Fallujah, Iraq. The U.S. and its coalition allies have carried out more than 1,000 strikes in Iraq since its campaign began in August - as well as hundreds more by American and Arab air forces in neighboring Syria.

The author also elaborated that Iraq, where the West tried a “heavy footprint strategy”, and Libya, “where it opted for a light one”, had only proved that “the idea that Europe or the United States can actually execute democratic change by force has been exposed as a fallacy”.

“The notion that regime change leads to a better democratic or a humanitarian outcome is decidedly false,” he stated.

Any potential armed opposition movement in the Muslim world now becomes a potential jihadi branch and the West can’t risk that, he added, acknowledging that any legitimate government is definitely better than any suggested opposition group.

The role of intervention, post-Paris, will be exactly the reverse of the post-9/11 model, he further predicts. Interventions will occur, he says, but only to back fragile governments — not unseat them — without attaching any guarantees of future democratic transformations.

“We should no longer doubt that gaps in fragile states in the Muslim world will be filled by anything other than hard-line Islamists. Sure, there were always terrorist networks like al Qaeda that could set up bases in ungoverned space. But 14 years later, we see how the information revolution has massively catalyzed the formation of jihadist networks.”

The author says that it has been somewhat fashionable to attack the state since the early 1990s, when liberal interventionists could make claims about the “responsibility to protect.”

Meanwhile, the neo-conservatives were able to make hypothetical claims about democratic regime change that look ridiculous in hindsight, after the nightmare of Iraq.

“That world is now gone, and the state will reassert itself with a vengeance — that’s what Paris means,” he stated.

Whose War is Washington Waging in Middle East?