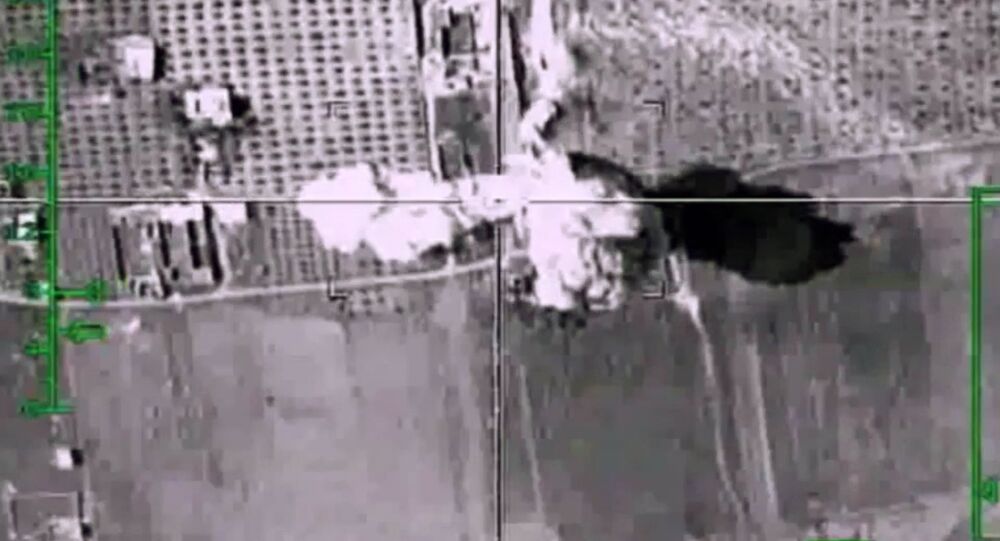 The Turkish Ministry of Foreign Affairs on Friday issued a note of protest with Russian Ambassador Andrey Karlov over Russian anti-terrorist airstrikes in Syria.

© REUTERS / Stringer
US-Led Coalition Conducts 27 Airstrikes Against ISIL in Syria, Iraq
ANKARA, November 20 (Sputnik) – Russia launched airstrikes against the Islamic State jihadist group and other extremist targets in Syria at the request of its president, Bashar Assad, on September 30.

The note of protest, obtained by RIA Novosti, cites an alleged Russian Aerospace Forces strike on a Syrian Turkmen settlement in northern Syria.

Support for UK Airstrikes Against ISIL in Syria Likely to Increase