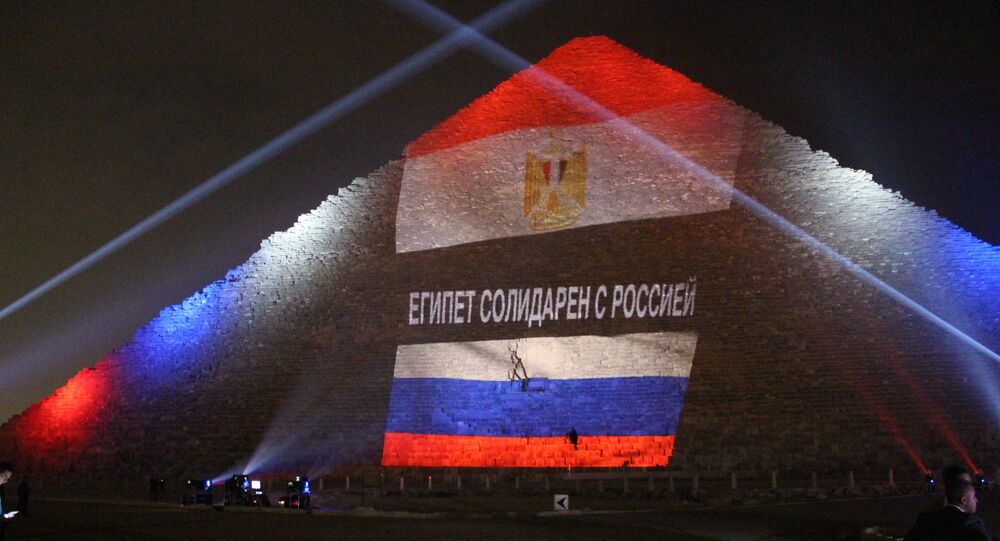 On October 31 the Russian A321 passenger jet was blown up over the Sinai Peninsula. All 224 people on board died.

© Sputnik / Maxim Grigoryev
UAE Ready to Assist Russia in Search of Perpetrators of A321 Downing
CAIRO (Sputnik) – Authorities from Egypt’s South Sinai province have invited the families of the victims of the Russian A321 passenger jet that was blown up over the Sinai Peninsula on October 31, killing all 224 on board, to Sharm el-Sheikh for memorial services, Egypt’s CBC Extra television reported Thursday.

According to CBC Extra, the province’s governor, Haled Foda, will pay for all of the families’ expenses.

On Tuesday, the official investigation into the crash concluded the airplane was downed as a result of a terrorist act. Russian President Vladimir Putin said during an official meeting on the investigation's conclusions the country would track down and punish those responsible.

Timing of Russian Operation in Syria Unaffected by A321 Blast Confirmation