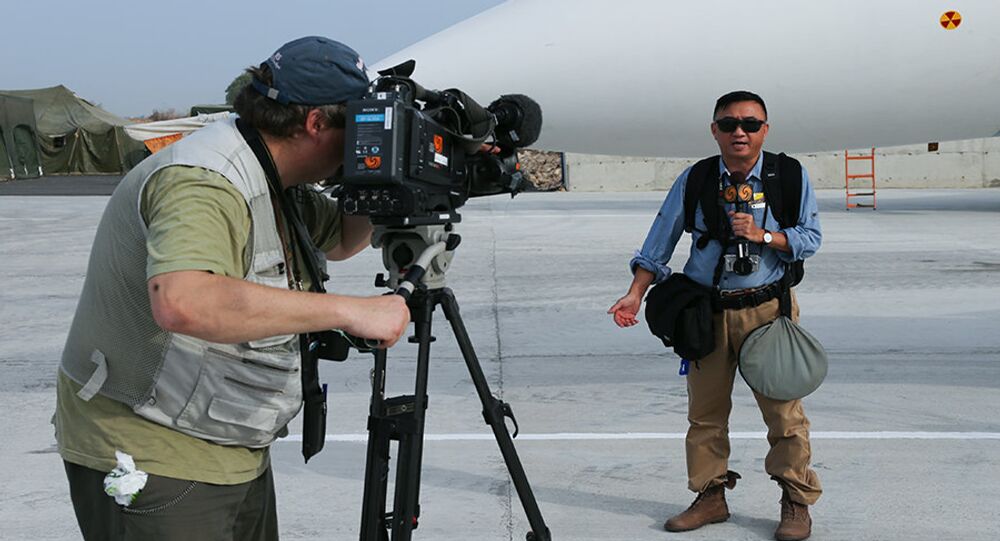 About 50 journalists from 12 countries recently visited the airbase in the framework of a press tour in order to learn more about its work.

© Sputnik / Dmitriy Vinogradov
New and Improved: US Journalists in Awe of Living Conditions at Russia’s Airbase in Syria (PHOTO)
According to Russian Defense Ministry spokesman Igor Konashenkov, journalists were “surprised by the level of professionalism of the pilots and the infrastructure of the base."

The Hmeymim airbase is located in the Latakia province of Syria, where Russian forces taking part in the military operation against the ISIL are currently stationed.

"It was not the first group of foreign journalists we have brought to the Hmeymim airbase. Today, we invited 12 countries. These are the countries of America, Europe and Asia," Konashenkov told reporters.

According to the official, the tour is aimed at making visitors familiar with the work of the base. During the visit, journalists could watch how pilots were preparing for their missions and how the base’s military equipment is being maintained and used in practice.

Konashenkov said the visitors were impressed by the tour.

“Our colleagues from abroad are amazed about the professionalism of our pilots and the infrastructure that we have here," the official said.

On September 30, Russia launched an air campaign in Syria at the request of President Bashar Assad targeting terrorist positions with precision airstrikes.