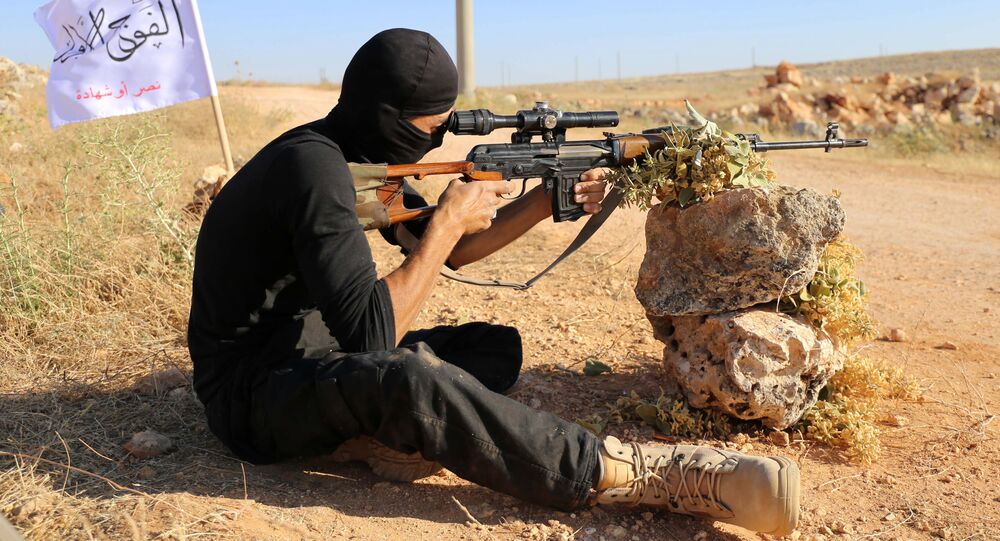 Syrian government forces continue their offensive in the Aleppo province in the north of the country, during which a large number of terrorists have been killed, an army representative said Monday.

LATAKIA (Syria), (Sputnik) — The terrorists suffered losses in personnel and military equipment, the he added.

"Our armed forces, together with the people's militia continue successful operations in the southern and western parts of the Aleppo province. A number of villages and localities in the region are now under [Syrian army] control. The most strategically important are: Baraui, Aziziyah, Tel Mamu," Brig. Gen. Ali Mayhoub told reporters.

Syria has been mired in a civil war since 2011, with government forces fighting on multiple fronts against a so-called opposition factions and extremist groups, including Islamic State and the Nusra Front.

Last week, the Nusra Front announced the start of the second phase of the battle for Aleppo, aimed at regaining control of the areas that have been recaptured by the Syrian army.

In turn, the government forces started an offensive against the main Nusra strongholds in Aleppo. Over the weekend, the Syrian Army, supported by popular forces, advanced in the area, leaving dozens of the militants dead or wounded.