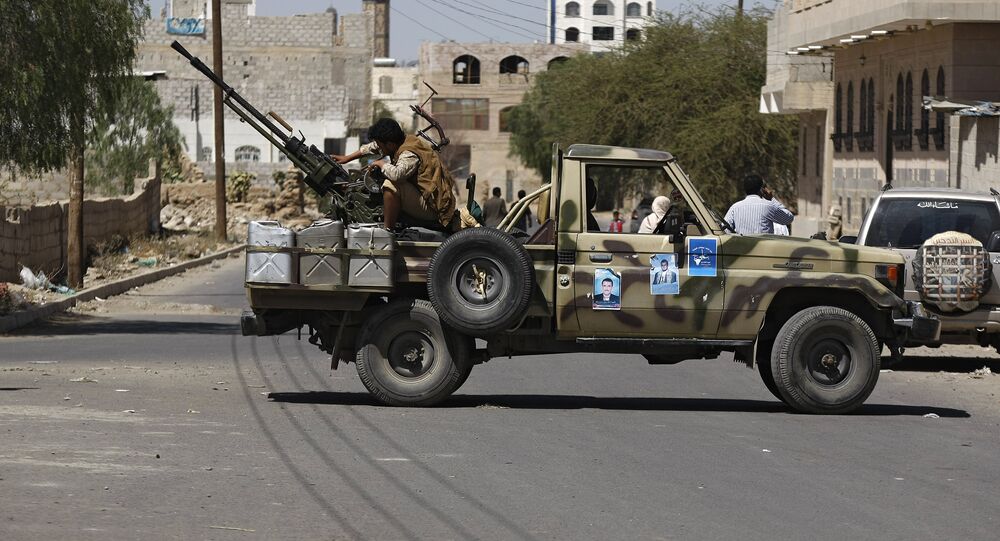 The Houthis and the army units supporting them established control over the town of Damt and a military camp Sadreen in Ad Dali governorate in Yemen, according to a military source.

"The Houthis and the army units supporting them established control over the town of Damt and a military camp Sadreen in Ad Dali governorate after fierce fighting that killed dozens of people from both sides," the source said.

© REUTERS / Khaled Abdullah
Saudis, Allies Proclaim Victory in Yemen, Analyst Says It's Not Over Yet
Yemen has been mired in a military conflict between government forces and Shiite Houthi rebels, backed by the army unites loyal to former Yemeni President Ali Abdullah Saleh, since 2014.

Since late March, a Saudi-led coalition has been carrying out airstrikes against Houthi positions at the request of Yemeni President Abd Rabbuh Mansour Hadi.

Some 21.1 million of Yemeni residents are in strong need of humanitarian assistance, while 2,600 people have been killed since the conflict escalated in March, according to the recent UN data.