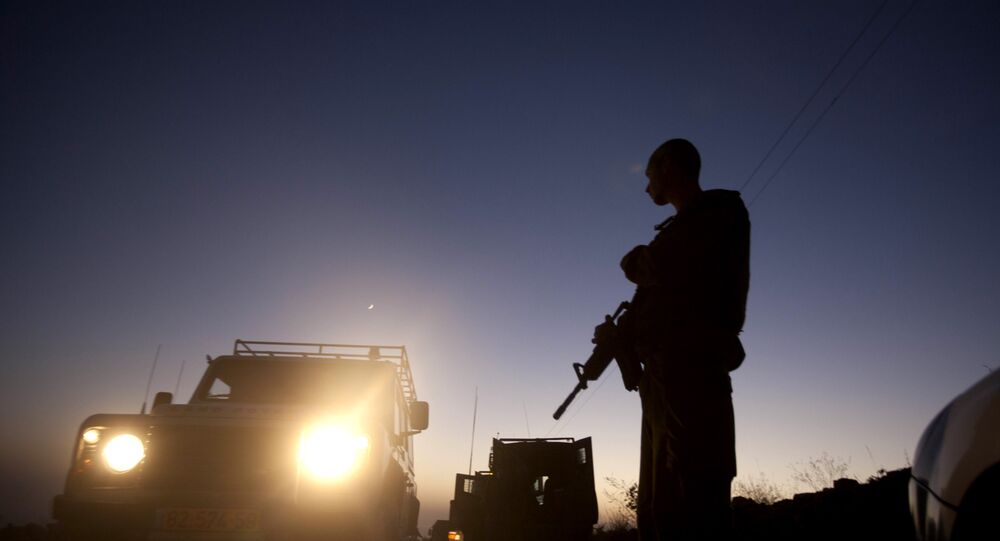 The Israeli military claims an old Palestinian woman was shot dead after she attempted to run over soldiers. The latest wave of violence in the Holy Land has already claimed dozens of lives.

© AP Photo / Emil Salman
Israel’s Top Diplomat: Palestinian Children Dream of Blowing Up Jews
The tragic incident took place in Halhul on the West Bank. Relatives of the 72-year-old woman, who lost her husband in the 1988 Intifada, say she had no reason to try to hit Israelis with her car and she was just driving by. Israel Defense Forces’ spokesperson countered that the Palestinian woman slowed her car down near a checkpoint and then speeded up, aiming at a group of soldiers. They opened fire at the car in response, the IDF says.

Israeli troops fatally shot Thawarat Ashrawi, 72 YO, as she drove her car into a gas station in Halhul, al-Khalil. pic.twitter.com/cAAscp3y3x

Halhul saw a similar car ramming attack this Wednesday, when an Israeli police officer shot dead a driver after another officer was injured.

On Friday, two Jewish men, aged 16 and 19, were shot in Hebron at the holy site of Cave of the Patriarchs and another one, an IDF soldier, also shot nearby in a separate drive-by attack. This led to a blockade of Hebron on Saturday by Israeli forces while they searched for the assailants.

Overnight forces arrested the assailant who confessed to shooting a soldier yesterday. He also surrendered the gun pic.twitter.com/IsJdZHS2xR

Also on Friday, a 23-year-old Palestinian man was reportedly shot and killed and nine others wounded by Israeli forces during clashes in Khan Younis in the southern Gaza Strip. In Northern Gaza, a Palestinian teenager was wounded in clashes. In Bethlehem, a Christian Palestinian was severely wounded by IDF soldiers during a violent protest.

Salama Abu Jamea, 23, was shot dead by the #IOF during clashes to the east of Khan Younis. #Palestine pic.twitter.com/aMAiDKswFQ

In the recent tide of violence and protests, which began one month ago, 71 Palestinians have been killed, mainly during violent protests, along with 11 Israelis, mostly stabbings victims.

Earlier, Reuters reported that a clothing shop dubbed “Hitler 2” in Gaza displayed mannequins holding knifes and dressed in T-shirts with “Stab!” written across the chest, while an Israeli news website, popular among religious Jews, hosted a video game “in which children were urged to ‘neutralize’ attackers dressed as Arabs.”

In Jerusalem, You’re Not a Terrorist if You’re an Israeli Jew