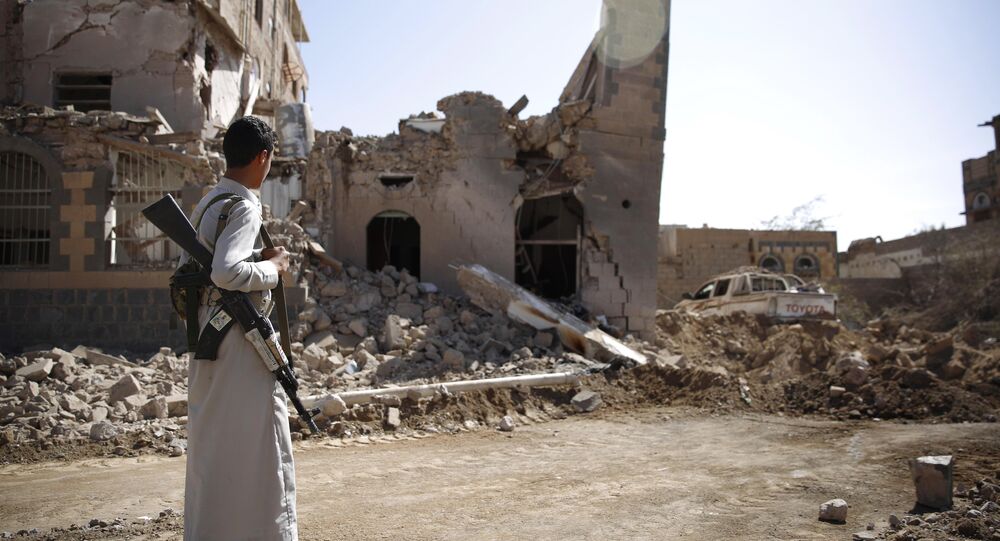 Russian Ambassador to Yemen said that Saudi Arabia is key to resolving the Yemen crisis.

"Saudi Arabia, in my view, has a decisive role in resolving this [Yemeni] conflict. The key to its settlement is in the hands of Riyadh," Dedushkin told RIA Novosti.

According to him, the recent statements by Saudi Foreign Minister Adel Jubeir concerning the near end of the war in Yemen and necessity of a political solution to the crisis, are very reassuring.

A new round of UN-backed negotiations between the parties to the Yemeni conflict could take place in mid-November, Russian Ambassador said.

Yemen has been engulfed in a military conflict between the government and Shiite Houthi rebels, the country’s main opposition faction that forced the Yemeni government to resign in January. The Houthis are supported by army units loyal to former Yemeni President Ali Abdullah Saleh.

"The UN Special Envoy [to Yemen] has been making every effort to make these negotiations take place. He is in charge to ensure that they will be convened in Geneva or in [Oman's capital] Muscat. The place has not been yet officially announced, but many are inclined to believe that most likely it will be Geneva," Dedushkin told RIA Novosti.

The reconciliation talks on Yemen are likely to be held in mid-November, but the exact date has not been determined, he added.

The diplomat recalled that all parties to the Yemeni conflict now welcome the peace process, and had expressed their readiness to negotiate.

The Shiite movement Ansar Allah, known as the Houthis, is the only force in Yemen fighting al-Qaeda in the Arabian Peninsula (AQAP) terrorist organization, Vladimir Dedushkin, said.

According to the envoy, al-Qaeda and the Islamic State terrorist groups in recent years strengthened their positions in Yemen "like never before, since the entire eastern part of Yemen, nearly 70 percent of the country, is largely controlled by extremists."

"Now only Ansar Allah fights al-Qaeda at the same time withstanding the onslaught of the coalition and the army of President [Abd Rabbuh Mansour] Hadi," Dedushkin told RIA Novosti.

He added that as the Yemeni crisis increases anarchy in the country it creates a breeding ground for terrorists, who arrive in Yemen from abroad, including from Syria.

"Therefore, there is a serious risk that if the Ansar Allah recedes from their positions, they will be occupied by the terrorists," the ambassador stressed.

Yemen has been engulfed in a military conflict between the government and Shiite Houthi rebels, the country’s main opposition faction that forced the Yemeni government to resign in January. The Houthis are supported by army units loyal to former Yemeni President Ali Abdullah Saleh.

Since late March, a Saudi-led coalition has been carrying out airstrikes against Houthi positions at the request of Yemeni President-in-exile Hadi.

US Authorities Clear Transfer of Guantanamo Detainee From Yemen