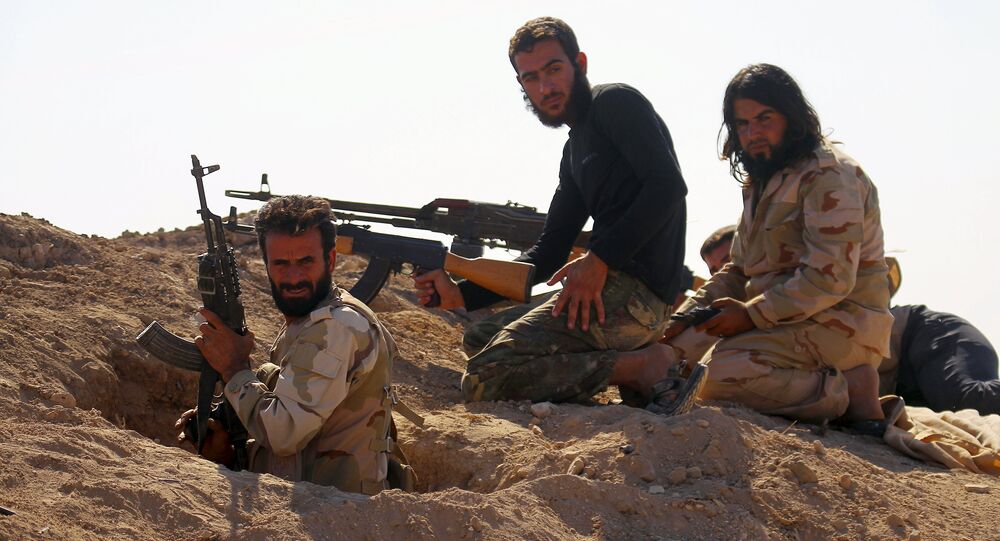 A militant rebel group operating close to Damascus has reportedly kidnapped Syrian Alawite civilians to use as human shields against air strikes, by publicly keeping them captive in metal cages.

A militant group opposed to the Syrian government has taken Alawite civilians and government soldiers hostage in cages to protect themselves against air strikes, according to reports from Ghouta, an area close to Damascus.

Photographs show the kidnapped hostages trapped in cages and transported to public places.

"Moderate rebels" parade caged Alawites around in Ghouta, stating intent to use them as shields against airstrikes. pic.twitter.com/kXbFccWJWg

The Syrian Sham news network recorded footage of the militants taking caged prisoners through the streets in eastern Ghouta, with the intention of using them as human shields against airstrikes from Syrian government forces, and the Russian air force.

Sham reported that 100 cages with about seven people in each were being taken to public areas such as marketplaces in eastern Ghouta, from where militants fire rockets into Damascus.