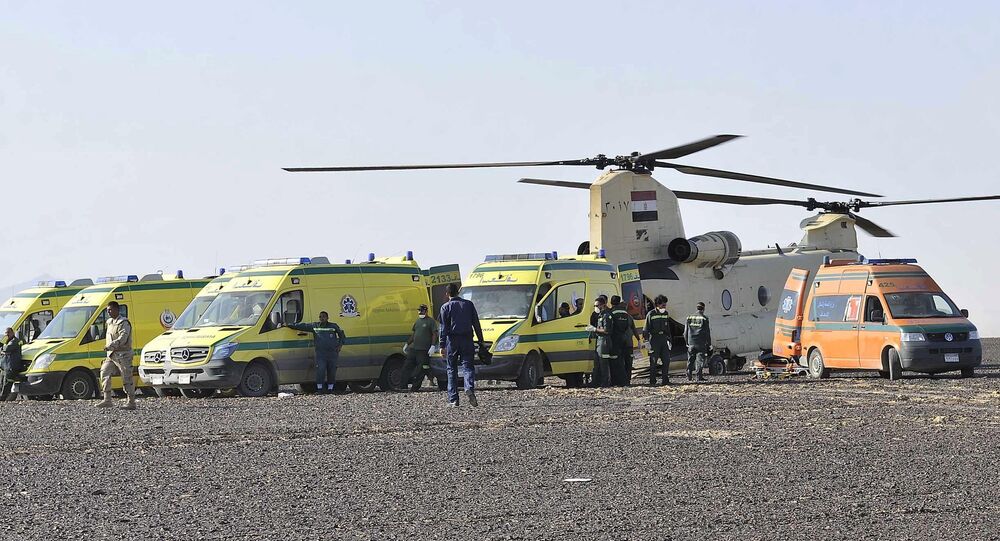 The search operations, which followed the deadly crash of the Russian airliner in Egypt, will be completed in the next few days, Russian Emergencies Minister Vladimir Puchkov said on Sunday.

"I am sure that, in a matter of days, we will complete, together with the Egyptian counterparts, all necessary measures to find the bodies and will provide the necessary…. assistance and support to every family," Puchkov was quoted by the Rossiya-24 broadcaster as saying.

On Sunday, Egyptian authorities conformed that at least 129 bodies had been recovered. Search operations were briefly suspended. Egypt has been assisting Russia in the operations and sent aviation to the crash site just following the tragedy.

The flight recorders from the crashed plane have already been transferred to experts. The Russian government commission cooperates closely with Cairo to inquire into the circumstances of the crash and to assist the victims' families.

Russia and Egypt keep on coordinating efforts to manage the #A321 crash. Investigation will be held thoroughly.

Russian Embassy in London Opens Condolence Book After A321 Crash