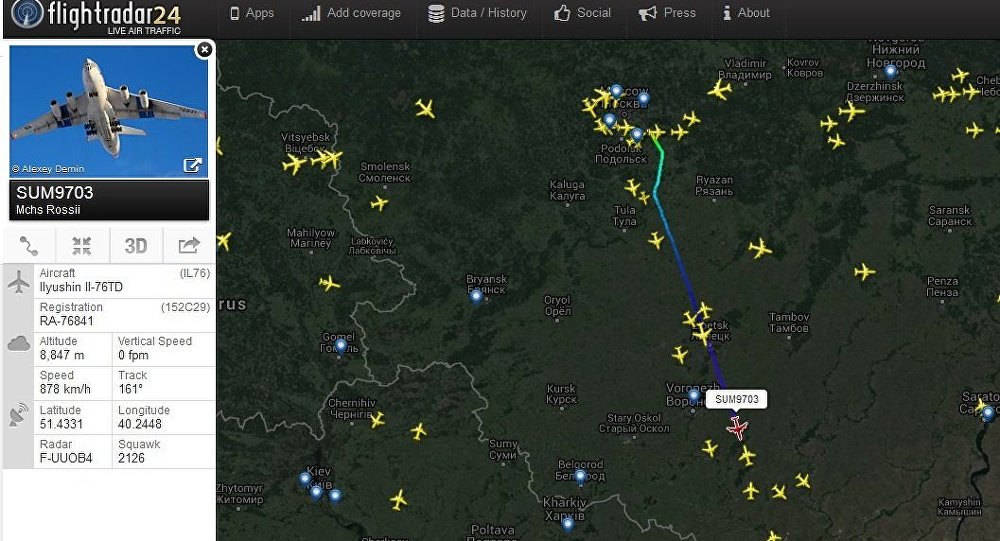 The third plane of Russia’s Emergencies Ministry with rescue team on board is heading for Egypt to take part in the operation on the crash site of A321 airliner, RIA Novosti news agency was told by press-service of the ministry.

Heads of the Ministry of Emergency Situations, Transport Ministry and the Federal Air Transport Agency, members of the Russian Investigative Committee and Interstate Aviation Committee have already arrived in Egypt.

"At 23:53 (local time) from Ramenskoye airport near Moscow an Il-76 plane with 40 rescue team members of the "Lider" rescue center departed to Cairo, bringing all the equipment necessary for works on the crash site," the statement reads.

There are two "Kamaz" trucks in addition, that will be used by the Russian rescue team.

All the members of the rescue team, including internationally-qualified specialists, have broad experience in relief of consequences of similar emergencies. Their equipment and vehicles allow them to work autonomously.

Officials confirmed that 129 bodies and two black boxes from Airbus were found at the site of plane crash.

'@Rusembegypt is clarifying situation around Kogalymavia plane crash. Verified information will be reported to media https://t.co/tXJtNyURCy

The Sinai aircrash became the deadliest air accident in the history of Russian aviation, surpassing the 1985 disaster in Uzbekistan, which killed 200 people.