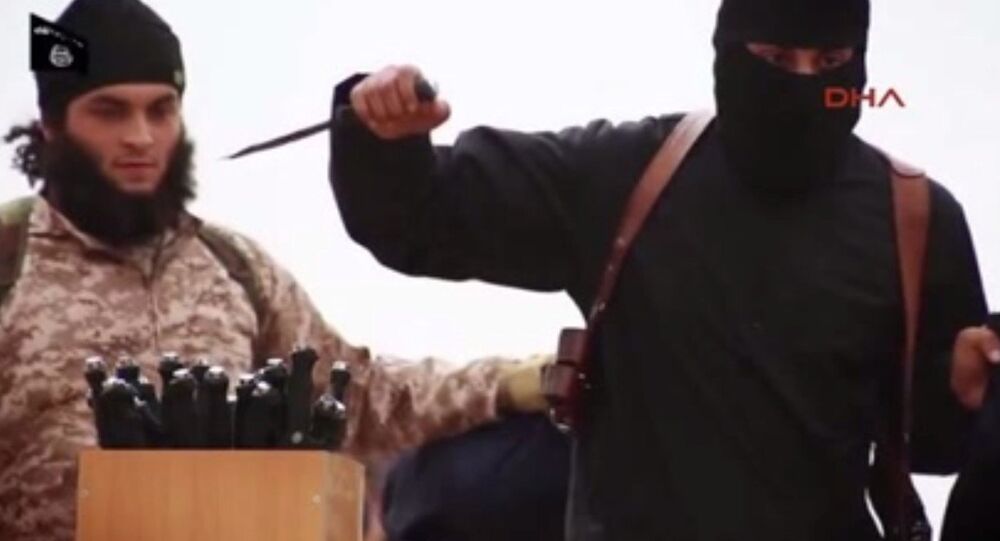 MOSCOW (Sputnik) — Earlier this month, the Kurdistan Regional Government requested that Washington conduct a hostage rescue operation in Iraq. According to the US Defense Department, more than 70 people were rescued.

According to the CNN network, the 15-minute video appeared online Friday. In the video, masked militant, speaking English, makes a warning to US President Barack Obama and then executes the Peshmerga fighter.

A message appears in Arabic, saying "Peshmerga soldiers that Americans came down to rescue," as three more prisoners are executed.

The Islamic State militant group has taken over large areas of Syria and Iraq in 2014. The group has published online multiple videos of beheadings, including of soldiers and aid workers.

Kurdish forces, as well as Syrian and Iraqi troops, are fighting extremists on the ground.

True Story: How the US Has Fought ISIL Up To Now

Claims That Russian Airstrikes Are Not ISIL-Targeted Are Misinforming