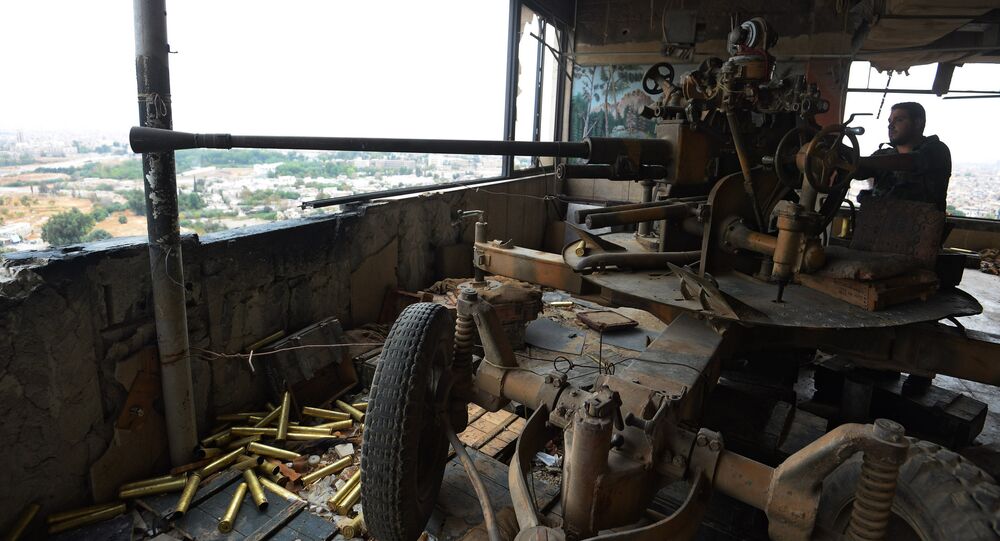 Qadri Jamil, a leading member of Syria's People's Will Party, said that Syrian opposition factions are already fighting against ISIL.

© Sputnik / Sergey Guneev
Dividing Syria is Worst Possible Option - Putin
MOSCOW (Sputnik), Svetlana Alexandrova — Moscow’s mediation of the conflict in Syria paves the way for opposition factions to regroup and fight against the Islamic State (ISIL) militant group together with the army, one of the Syrian opposition leaders told Sputnik on Friday.

"This statement by Putin is very important, because it will help the Syrian opposition regroup in the direction of their fight, and I am sure they will assert themselves soon," Qadri Jamil, a leading member of Syria's People's Will Party, said.

According to Jamil, some Syrian opposition factions are already fighting against ISIL.

© Sputnik / Dmitriy Vinogradov
Claims Russia Attacking Syrian Opposition 'Illogical'
"For example, they are the factions in northern Syria – Kurds, Arabs, Assyrians, but they don’t have coordination with the army yet," Jamil said, stating that it was crucial to unite the army and the militias in the fight against "foreign invaders."

Syria has been in a state of civil war since 2011. Government forces have been fighting on multiple fronts, against several opposition factions and extremist insurgent groups, including ISIL.