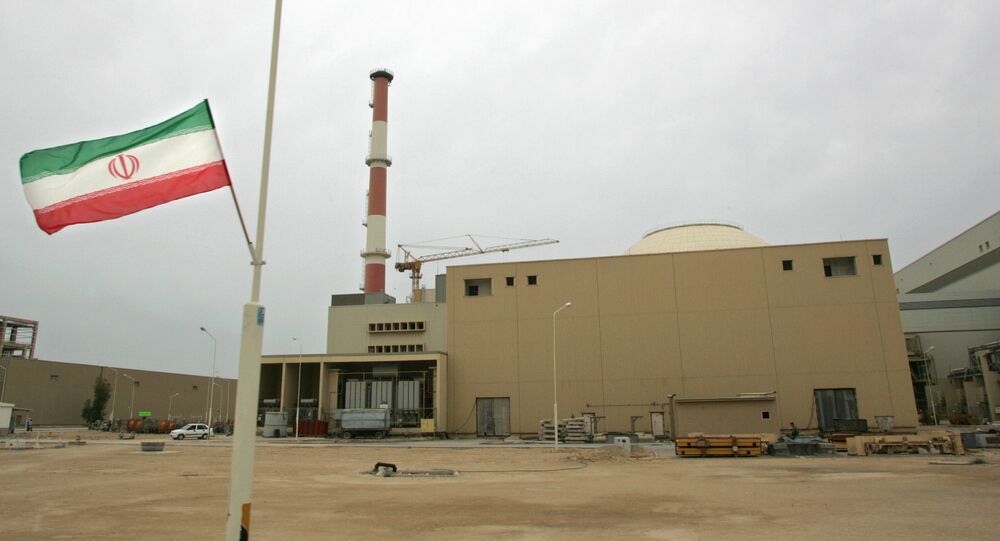 © AFP 2021 / BEHROUZ MEHRI
Iran Likely to Sell Excess Enriched Uranium Abroad Instead of Diluting it
MOSCOW (Sputnik) – According to Iran’s Tasnim News Agency, the Iranian Parliament is proposing a bill that would allow the country to resume construction of enrichment activities if the West violates the agreement on the country’s nuclear program.

"If the West does not follow its promises or delays the implementation of provisions of the nuclear agreement, we shall start constructing uranium enrichment plants," Larijani said in a speech, as quoted by Tasnim News Agency.

A "tough challenge" awaits Iran's Western partners, according to Larijani. The West must lift the sanctions as stipulated by the nuclear deal, or the "Iranian response will be severe."

Iran and the P5+1 group of countries, comprised of the United States, Russia, China, France and the United Kingdom plus Germany, reached a comprehensive agreement on July 14 to ensure the peaceful nature of Tehran's nuclear program in exchange for sanctions relief.

Under the deal, Tehran has agreed to maintain the level of its uranium enrichment under 3.67 percent for a period of 15 years and keep its uranium stockpile under 300 kilograms (some 661 pounds). All enriched uranium above the amount stipulated by the agreement must be removed from Iran.