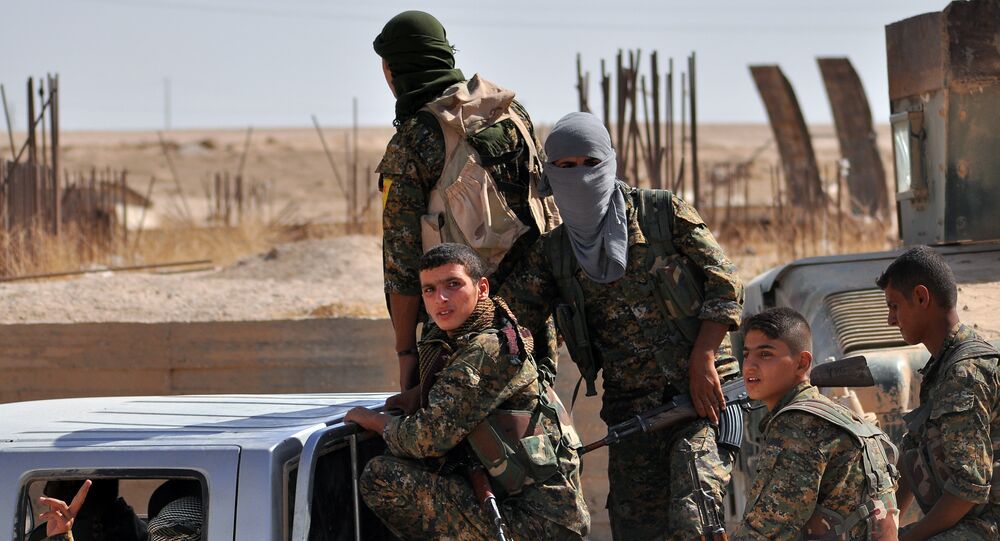 Russian ambassador to Turkey Andrei Karlov said Saturday that he did not discuss the issue of supplying Russian weapons to Syrian Kurds in the Turkish Foreign Ministry.

© AFP 2020 / ILYAS AKENGIN
US-Backed Kurds Committed War Crimes in Syria - Interview With Amnesty Intl
MOSCOW (Sputnik) — On Wednesday, a Turkish Foreign Ministry spokesperson told RIA Novosti that it had summoned the Russian and US ambassadors to discuss its concerns over military aid to the Syrian Kurds, which these countries allegedly provided.

Karlov confirmed that he was invited to the ministry, where he had discussed several issues with the Turkish side.

"The issue of Syrian Kurds was touched upon," the ambassador said, adding that the Turkish side was concerned over Russia’s potential connections with the Kurdish Democratic Union Party (DUP) which it believes is linked to the Kurdistan Workers’ Party (PKK).

Earlier this week, Turkish Prime Minister Ahmet Davutoglu said that Ankara had warned Moscow and Washington of the inadmissibility of providing military aid to Syrian Kurds. According to Davutoglu, there is no guarantee that weapons supplied to the Syrian Kurds would not end up in the hands of the PKK.

"I replied saying that Russia’s international contacts were never aimed against interests of some other country, and will never in any way be a threat to Turkey’s interests. The question of Russia arming DUP was not discussed, as we are not supplying any weapons to the Syrian Kurds. We only spoke of political contacts with them," Karlov said.

Russia supplies arms to the Iraqi Kurds with the consent of Baghdad and exclusively through the Iraqi government.