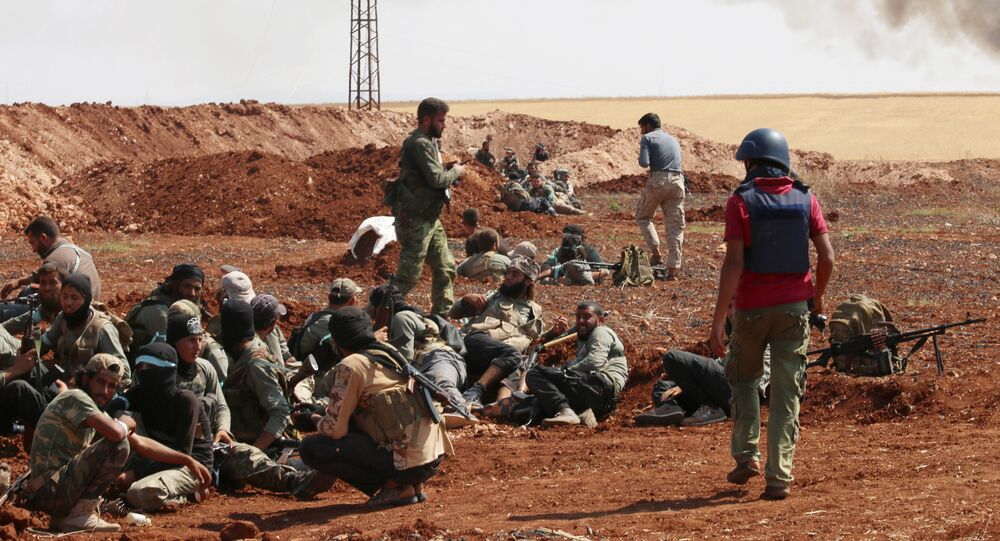 The US supplied the so-called “moderate” Syrian opposition with weapons and ammunition. However, the existence of such opposition is doubtful because moderate insurgent groups were either defeated or became part of radical Islamist organizations.

The US initiative to supply the so-called moderate Syrian opposition with 50 tons of weapons and ammunition raised many questions as there is no such phenomenon in Syria right now, experts argue.

Members of the moderate opposition were either killed or joined radical Islamist groups, and therefore ‘moderate’ oppositional forces simply do not exist.

The US recently supplied what it views as a ‘moderate’ opposition with 50 tons of weapons and ammunition to fight the ISIL terrorist group in Syria, said Pentagon spokesman Colonel Steve Warren.

US military transport planes delivered 112 containers with small arms and hand grenades to Al-Hasakah Governorate in the north of Syria.

© Sputnik / Dmitriy Vinogradov
Stephen Cohen: 'There is no Alternative' to Putin's Strategy in Syria
However, First Deputy Chairman of the Foreign Affairs Committee of the Federation Council of the Russian Federation Vladimir Jabarov expressed his solidarity with the opinions of a number of experts, saying that the notorious ‘moderate’ opposition consists of some kind of "phantom people".

“However, for some reason no one names them. They are some kind of phantom people and it is not clear who Americans provide their aid to," Vladimir Jabarov said, adding that the US may once again fund terrorists as it already has in Afghanistan.

At the same time, Russia is making a real contribution to the fight against terrorism in Syria, the politician argued. After Russia started its military operation, the terrorists had to retreat, because the Syrian government received real support and help.

“The results of Russia’s actions are clearly visible. The whole world and the neighboring Arab countries understand this, they see real help from Russia in the fight against terrorism,” Jabarov stated.