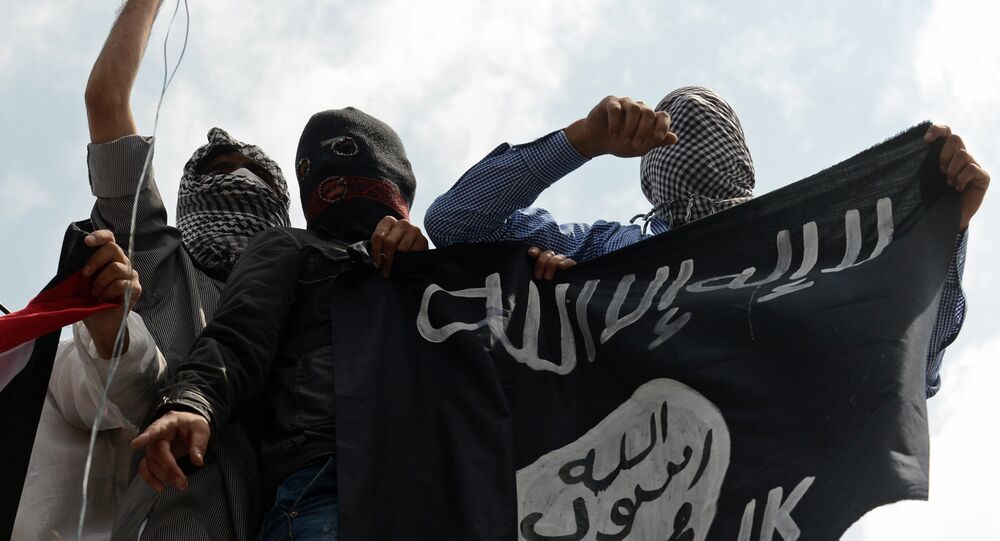 UK-based charity Aid to the Church in Need issued a worrying report to the British House of Lords this week, warning that Christianity could be entirely extinguished in Iraq by 2020, and be put under grave threat in Syria, if the Islamic State terrorist group is not stopped.

© AP Photo / Andrew Kelly
Pope Condemns Attacks on Cultural Heritage, Ethnic Minorities
The Catholic charity's report, 'Persecuted & Forgotten?', analyzing the conditions faced by Christians around the world over the past two years, noted that "extremist Islam," most notably in the form of the Islamic State, is currently "the gravest threat" facing the religion's adherents.

The report suggested that the ongoing "vast exodus of Christians from Syria, Iraq and elsewhere in the Middle East highlights the very real possibility that Christianity could soon all but disappear from much of its ancient homeland."

According to the report, with an estimated 275,000 Christians believed to remain in Iraq, up to half of them are now internally displaced, and "many, if not most" of them want to leave the country. The report also recalled the sad fact that violence in that country over the past decade has resulted in a dramatic drop in the country's Christian population, which numbered about one million in 2003, prior to the US invasion.

Noting that the country's "Christian population has been hemorrhaging at a rate of between 60,000 and 100,000 a year," the charity's report suggested that "these statistics suggest that unless there is a change for the better, Christianity will be all but extinct in Iraq within five years."

© AFP 2021 / GEORGE OURFALIAN
ISIL Threatens to Execute 180 Assyrian Christians
The report recalled that ISIL's capture of Mosul and Nineveh last year hit the Christian community in Iraq particularly hard, with the sacking of the two cities "arguably tearing the heart out of the Church's presence in the country."

Noting that "Iraq's declining Christian presence" has been "mirrored in Syria," as well as other countries facing Islamist fundamentalism, including Nigeria, the report emphasized that "such an exodus has profound consequences, reaching far beyond the Christian community."

"The absence of Christians," in the report's words, "represents a crucial societal, organizational and cultural rupture with the past," depriving the countries in which the religion once thrived of religious and cultural pluralism. "At the very least, the disappearance of Christians, especially in the Middle East –damages the prospects of social cohesion."