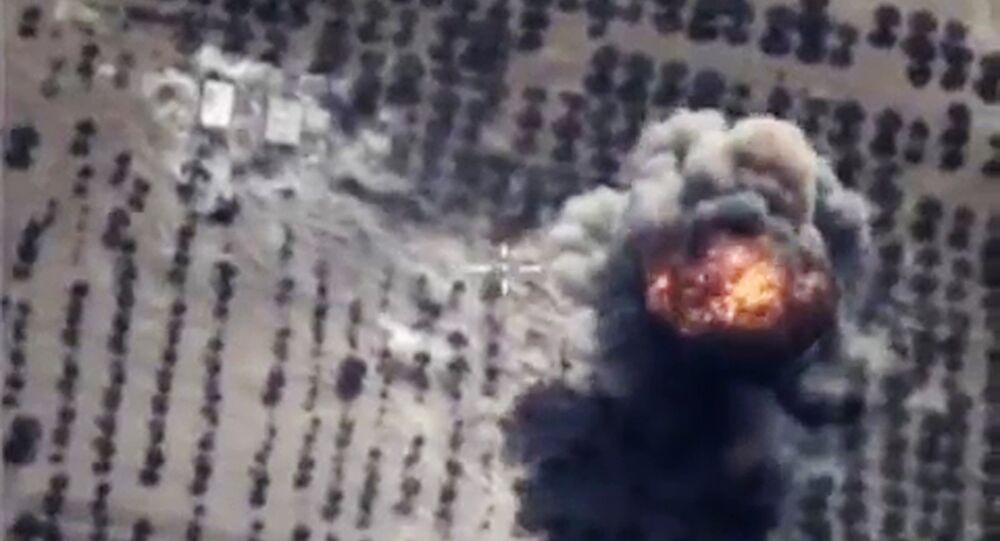 Palestinian Ambassador to Russia Abdel Hafiz Nofal said that the Russian operation will establish a new situation in Syria, it will definitely improve the situation in any case.

On September 30, Russia began airstrikes against ISIL in Syria at the request of President Bashar Assad. The Russian Aerospace Forces have carried out over 450 strikes on terrorist positions over the past two weeks, reportedly killing some 300 militants and destroying command centers, training camps and ammunition dumps.

"We suppose that the Russian operation will establish a new situation in Syria, it will definitely improve the situation in any case," the diplomat told RIA Novosti.

© Sputnik /
Syrian Army Begins Full-Scale Offensive in Northern Homs Province
A US-led international coalition has been conducting airstrikes on ISIL positions in Syria since 2014, without the approval of either the UN Security Council or Damascus. According to the Palestinian ambassador, the coalition's actions in Syria have had a negative effect, with "half of the country's population" turned into refugees.

The four-year-long civil war in Syria has killed over 250,000 people and displaced over 11 million, according to UN data. More than four million Syrians are estimated to have fled to neighboring countries and Europe.