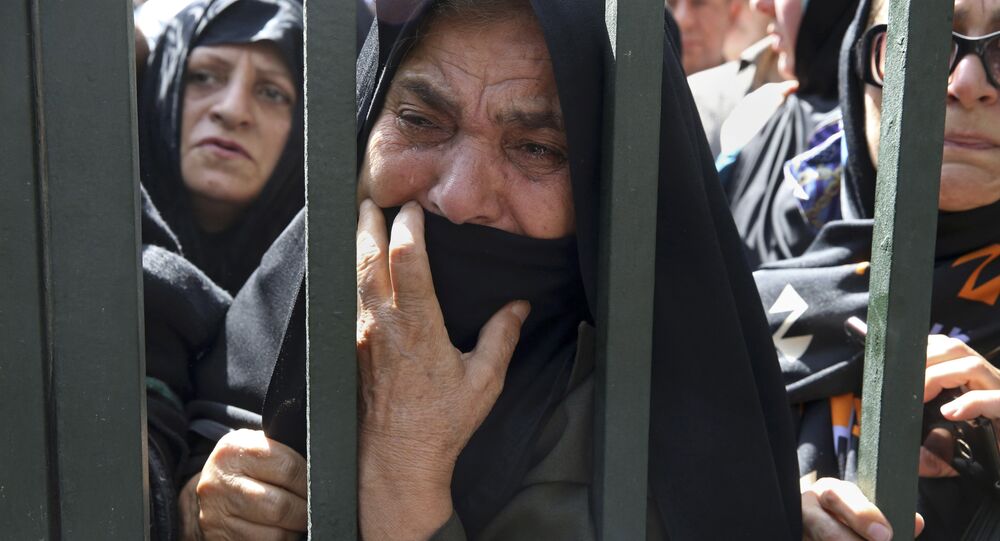 The death toll from the stampede during the hajj in Saudi Arabia has reached 1,621. More than double the official figure released by the Middle Eastern country.

The latest count of the number of pilgrims who were crushed during the hajj is based on figures received from officials and state media from 19 of the 180 countries where the religious goers came from.

© AP Photo /
Muslim pilgrims and rescuers gather around the victims of a stampede in Mina, Saudi Arabia during the annual hajj pilgrimage on Thursday, Sept. 24, 2015

Meanwhile, Saudi officials say their figure of 769 deaths remains accurate and an investigation into the disaster in Mina, a few miles from the holy city of Mecca, is ongoing — but they have not updated the death toll since September 26.

Saudi Prince Turki al-Faisal has rejected the idea of sharing the administration of the annual pilgrimage with other Muslim nations, saying Riyadh considers it "a matter of sovereignty" and a "privilege".