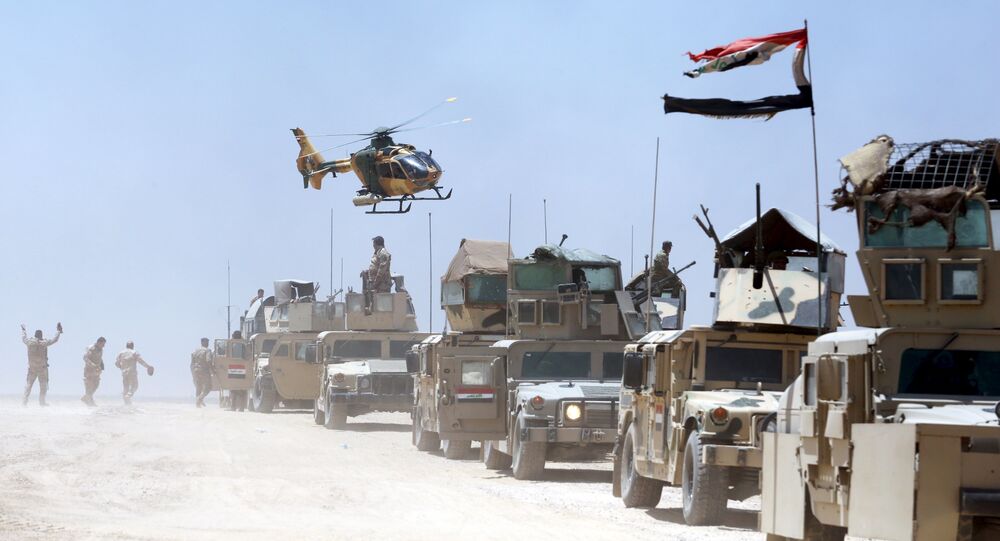 The delegation of Russia’s federal service for military-technical cooperation (MTC) that came to Baghdad reviewed the existing deals between Russia and Iraq, according to an Iraqi Defense Ministry spokesman.

© REUTERS / Khalil Ashawi
Iraq Prefers Dealing With Moscow Rather Than Washington – US Media
MOSCOW (Sputnik) – The delegation of Russia’s federal service for military-technical cooperation (MTC) has reviewed several deals with Iraq during its visit to Baghdad, some of the agreements will be continued while some will be halted due to difficulties, an Iraqi Defense Ministry spokesman told Sputnik.

"The participants of the meeting have again reviewed the existing deals between Russia and Iraq, they made a decision to stop implementation of some and continue [implementation] of others. Difficulties which arise from the managerial point of view as well as technical issues were discussed," Tahsin Ibrahim said.

© Sputnik / Dmitri Vinogradov
Stratfor: Russia Can Build Air Bases in Iraq, but Probably Won’t Do It
Russia and Iraq has been actively cooperating in various areas, including in military-technical development, oil and investment.

In July, the sides signed an agreement on military-technical cooperation, to aid Iraq in countering Islamic State jihadist group advances in the country.

On Wednesday, Iraqi Parliament Defense and Security Committee Chairman Haqim Zamli told Sputnik that Iraq may turn to Russia for military help in the fight against Islamic State if Russian airstrikes in Syria prove successful.

Stratfor: Russia Can Build Air Bases in Iraq, but Probably Won’t Do It