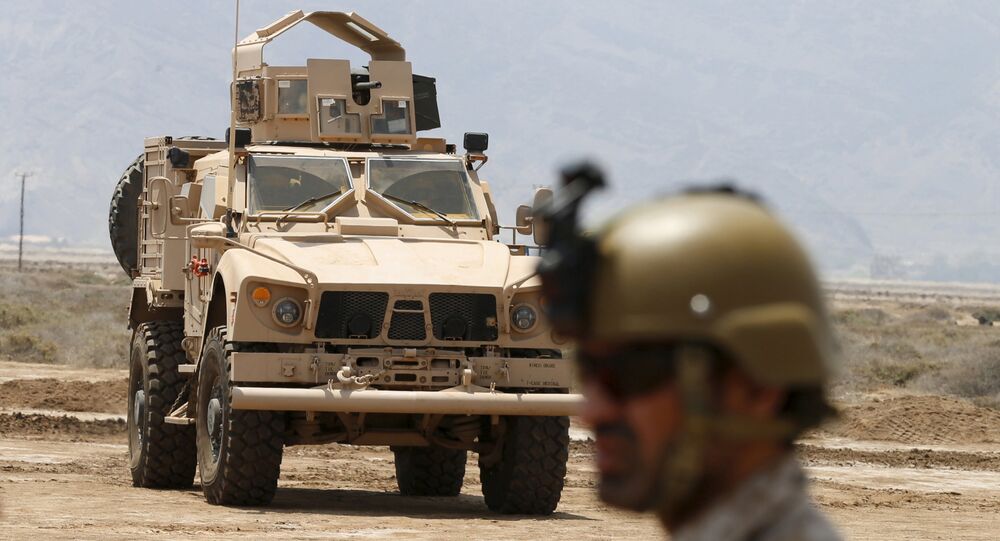 Saudi Arabia has begun selling off major portions of its wealth fund's European stocks amid the rising cost of its intervention in Yemen and falling oil prices.

Saudi Arabia has sold off significant volumes of European stocks in the midst of its invasion into Yemen and sliding oil prices, a study released by JP Morgan revealed.

© AFP 2021 / BARAA AL-HALABI
Saudi Arabia Steps Up Arms Supplies to Syrian Rebels
Saudi Arabia has sold off $1.2 billion of its $9.2 billion holdings in European equities since May, Reuters reported. Reuters previously estimated that Saudi Arabia would spend $175 million per month for bombings and $500 million for a ground incursion.

Such an estimate would mean that Saudi Arabia has spent around $1.2 billion on bombings so far, the same sum sold off since May, not including the cost of the ground invasion. It is possible that the ell-off is linked to the Yemen incursion as it was an unplanned expense for Saudi Arabia, unlike its oil price projections and other expenditures including arming Syrian rebels.

"Saudi Arabia is forced to spend big on defense and support of its allies in the region. It purchases a lot of armaments from the US and cannot ignore the threat coming from Shiite Iran," Russian State Humanities University Middle East Department professor Grigoriy Kosach told RBK.

At the same time, China has been a major buyer of European stocks, acquiring $2.1 billion of shares while Singapore purchased another $1.1 billion so far this year.

The United Arab Emirates, another participant in the Yemen conflict, has sold off $300 million of its $3.6 billion holding. The sell-offs could also be linked to falling oil prices, as oil-producing Norway has sold off around 2 percent of its own wealth fund's European equities, considerably less than Saudi Arabia in relative terms.

Saudi Arabia Gives Up Its Resistance Against Russia - German Media