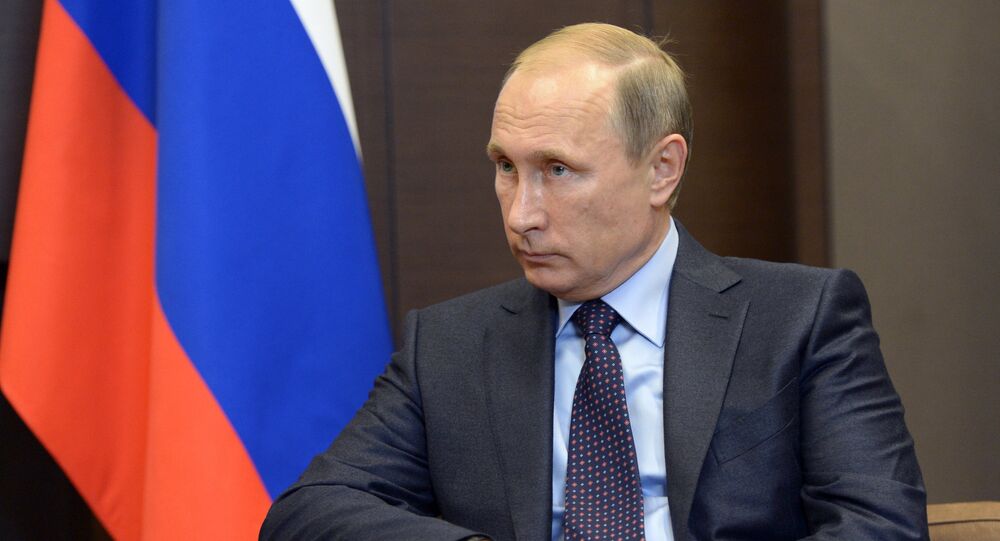 Russian President Vladimir Putin has ruled out participation of the Russian Armed Forces in a ground operation in Syria.

Russian President Vladimir Putin said on Sunday that he ruled out possibility of the Russian Armed Forces' participation in ground operations in Syria.

"This is out of question," Putin told Rossiya-1 TV channel in an interview, answering a question on Russia taking part in ground operation in Syria. "Whatever happens, we're not going to do this, and our Syrian friends know about it."

Putin also said that Syria operation was well-planned beforehead, it was not some spontaneous action. Russia had conducted aerial, space reconnaisance before launching Syrian operation, the president added.

"We have continuously carried out aerial and space reconnaissance, comparing the data we obtained from different sources, and the specialists from the General Staff… in coordination with their partners established, as you know, the Information Center in Baghdad," Putin said in an interview with Russia’s Rossiya-1 television channel.

© AP Photo / Muzaffar Salman, File
Russia Acts in Accordance With Int’l Law in Syria, Unlike US-Led Coalition - Damascus
"The [Russian] General Staff experts in coordination with Syrian partners and other countries of the region have created, as you know, an information center in Baghdad, and as a result of information exchange, obtained additional data. So everything that happens in the sky and on earth, is not a spontaneous action but execution of the previously outlined plans," the president added.

"We warned our partners — in the United States, many other partners, especially in the region [of the Middle East] — about our intentions, our plans. Someone says that we did it too late, but I want to draw your attention to the fact that nobody ever warns us about planning operations of this kind," Putin said in an interview with Russia’s Rossiya-1 television channel.

© Sputnik / Dmitriy Vinogradov
Russia In, US Out: Moscow 'Flies its Flag' in the Middle East
Moreover, Moscow is not losing hope that other countries will join its operation in Syria, the Russian president added.

Russian President Vladimir Putin confirmed Sunday that the time frame of the Russian military operation in Syria would be limited by the Syrian army's offensive.

"We cannot take on extra responsibilities and have never taken any. I have said from the very beginning that the active phase of our job in Syria will be limited to the time frame of the Syrian army's offensive," Putin said.

The threat of terrorism exists in many states but Islamic countries and Russia can be the victims in the first place, Vladimir Putin said.

"Terrorist threat looms over many countries in the region… it is us, the countries of the region, the Islamic countries, are the first victims of terrorism, and we want, and are willing to fight them," the president said.

Russia has no intention to resurrect the empire, its only aim is to protect independence and sovereignty, Russian President Vladimir Putin said Sunday.

"We have absolutely no desire to recreate the empire, to resurrect the Soviet Union but we must protect our independence and sovereignty…," Putin said in an interview with Russia’s Rossiya-1 television channel.