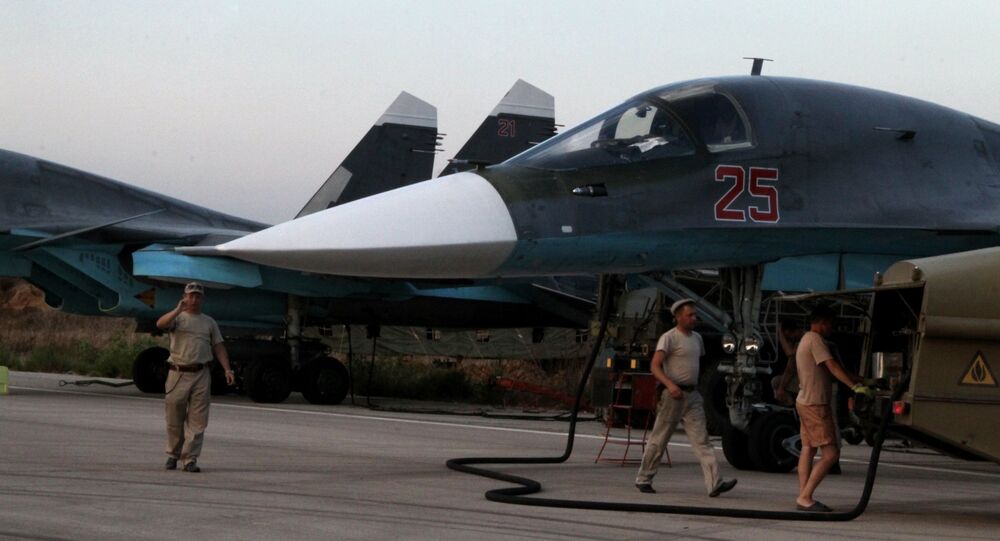 Russian precision airstrikes on Islamic State munition depots, armored vehicles and command posts have created panic among the militants, according to the Russian Defense Ministry's spokesman.

According to Konashenkov, the Russian Su-24M, Su-25 and Su-34 strike aircraft on Tuesday destroyed:

— Islamic State fortified positions in the Damascus and Latakia provinces;

— An ammunition manufacturing plant in the Damascus province;

— An Islamic State training camp and explosives depot in the Idlib province.

Since the beginning of the campaign, the Russian Defense Ministry has been stressing that all the Russian aircraft are fitted with equipment allowing them to conduct "absolutely precise" airstrikes against IS throughout Syria and evade civilian casualties.