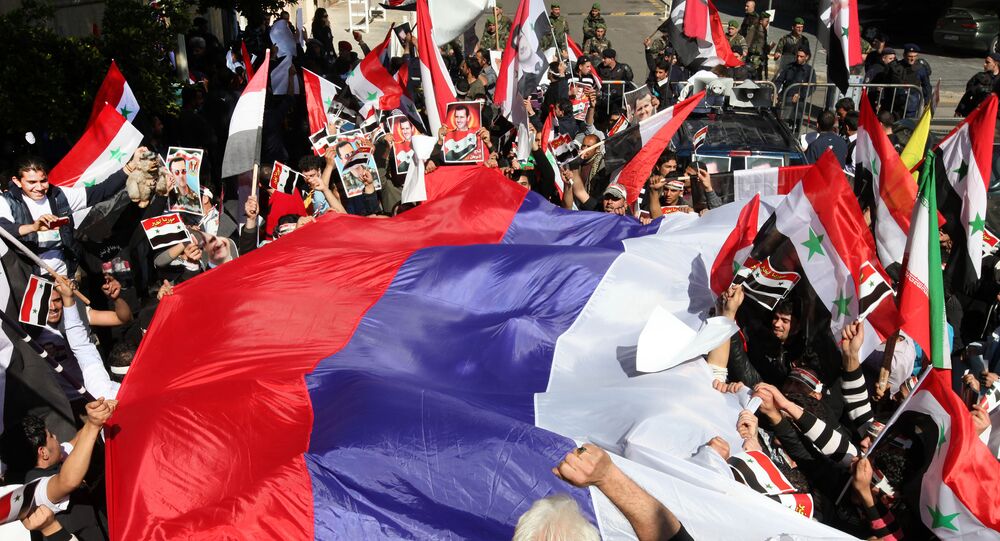 In just a few days of the Russian anti-ISIL operation, the small military force Moscow has deployed to the Hmeymim airbase in Syria has scored significant political and diplomatic gains, US journalist Andrew Kramer wrote.

© Sputnik / Alexei Druzhinin
Russia’s Actions in Syria are Absolutely Transparent
The author analyzed the Russian weapons deployed to Syria, and explained the role they could play in the fight against ISIL.

The main combat jets in the offensive are two battle-tested models that date from the Soviet era — the Su-24 bomber (known to NATO as Fencer) and Su-25 (Frogfoot) ground attack aircraft.

According to the author, the choice of these aircraft suggests that "the Kremlin is going with what works." He also cited analysts saying that taking into account the fact that the Russian base is located close to the action, low-tech subsonic planes like the Su-25 are better suited for such operations than more sophisticated aircraft.

The Syrian Air Forces also fly Frogfoots. However, the journalist wrote, unlike Russia’s planes they are not upgraded for night flights.

Another deadly machine on the list is the Su-30M Flanker, a highly-maneuverable jet designed mainly for dogfights.

According to the article, the presence of Flankers is worrisome to US military officials because "they would not seem to have an obvious mission: Neither the Islamic State, Russia’s ostensible enemy in Syria, nor other rebel forces have aircraft for it to dogfight with."

As the New York Times suggested, Flankers in Syria may be intended not to let the West to create a no-fly zone over Syria without Russia’s approval.

The Su-34 Fullback is an advanced and sophisticated attack aircraft that outperforms the Su-25 in operational range and combat capabilities. The author underscored that previously the Fullback was not involved in combat deployment and they may have been sent to Syria to test them in combat conditions.

The goal of Pantsir S-1 Greyhound anti-aircraft missile systems is to protect the Russian airbase. The journalist explained that they have little strategic impact as they are capable of defending only a small zone around the base. But they are used as a warning for other air forces to stay away from the Hmeymim base.

Finally, the author mentioned naval forces. According to the Russian Defense Ministry, a naval unit has been deployed to the eastern part of the Mediterranean Sea. The ships are equipped with long-range anti-aircraft missile systems.

© Sputnik / Dmitry Vinogradov
Hmeymim Airbase: The Centerpiece of Russia’s Operation in Syria (PHOTO)
Despite the fact that ISIL positions are located far away from the coast, the Russian base is near Latakia, in the coastal zone, according to the article. What is more, Russia has long had a naval supply and maintenance base at Tartus.

The journalist wrote that among other capabilities, the naval forces can control large stretches of airspace. The Russian authorities warned civil aviation to avoid the area. This warning is to the US Air Force as well, according to the article.