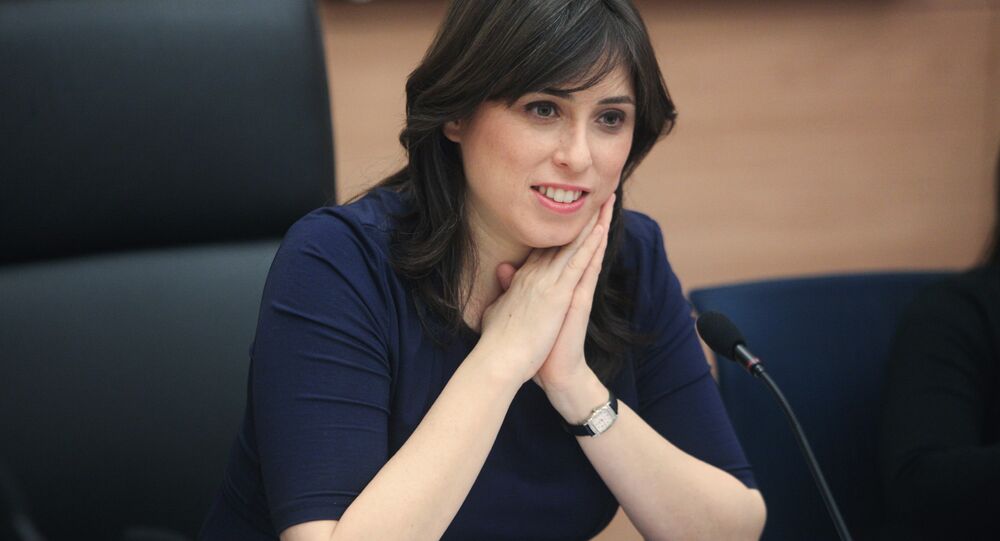 Attending the UN conference in New York on Thursday, Israel’s top diplomat caused outrage after suggesting that Palestinian children are only interested in engineering as a means to building bombs.

Tzipi Hotovely, Israel’s deputy foreign minister, has a history of making inflammatory statements. A religious hardliner, she drew condemnation in May when insisted that Israel had the right to build "everywhere," even in Palestinian territory.

"We need to return to the basic truth of our rights to this country," she said, according to the Telegraph. "This land is ours. All of it is ours. We did not come here to apologize for that."

But on Thursday, while speaking before a conference of donors to the Palestinian Authority, she went even further. While Israeli children may express an interest in engineering for the good of their country, Palestinian children only do so to become terrorists.

"As long as Palestinian children dream of becoming engineers 'to blow up Jews,' none of these economic efforts will achieve their goal," Hotovely said, according to Haaretz.

The comment did not fall on deaf ears. Jordanian foreign minister Nasser Judeh had a speech planned, but abandoned it in order to respond to Hotovely’s comments.

"I have a written address, but I don’t plan to give it because I can’t not respond to what we’ve heard from the Israeli representative," Judah said.

The Jordanian minister then delivered what sources described as a "sarcastic monologue," in which he indicated that Hotovely’s comments made it difficult for the Jordanian government to take Israeli security concerns seriously.

Hotovely reportedly interrupted Judah at least twice during his speech, a breach of protocol for which she was scolded by Norwegian Foreign Minister Borge Brende.

Soon after her appointment earlier this year, Hotoveli criticized the United Nations for granting accreditation to a Palestinian non-governmental organization.

"Admitting an organization that identifies with Hamas to the list of UN organizations is handing a prize to terror and its operations," she said in June, "there is no other way to interpret this decision."

Palestine Leader Threatens to Rip Up Oslo Accord With Israel