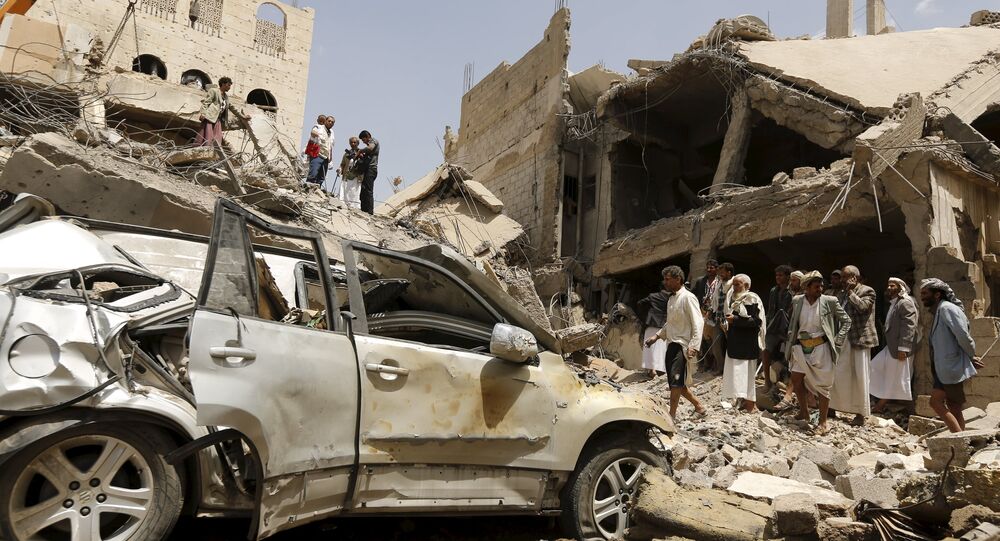 © REUTERS / Khaled Abdullah
UAE, Saudi Arabia Ensured UN to Only Consider Arab Resolution on Yemen
WASHINGTON (Sputnik) — The UN Human Rights Council missed a crucial opportunity to stop violations of international law in Yemen by failing to set up a formal inquiry into all warring parties in the country, including concerning reports of massive civilian deaths, a watchdog group said on Friday.

The UNHRC, Dam added, "failed to generate effective international scrutiny over attacks by all the warring parties that have caused thousands of civilian deaths in Yemen in just a few months."

© AP Photo / Hani Mohammed
Calls for Saudis to Halt Yemen Airstrikes as Civilian Death Toll Hits 2,300
Human Rights Watch accused Saudi Arabia and member countries of the Saudi-led coalition conducting a military airstrikes in Yemen of pressuring The Netherlands from putting forth a draft resolution that would have directed the UN to document human rights violations.

The watchdog also said that "key countries," including the United States and the United Kingdom, failed to back the draft resolution, while Yemen "boycotted negotiations" on the proposed resolution by The Netherlands.

© REUTERS / Khaled Abdullah
Death Toll in Yemen Wedding Celebration Rises to 131 Civilians
"The United States, United Kingdom and France appear to have capitulated to Saudi Arabia with little or no fight, astoundingly allowing the very country responsible for serious violations in Yemen to write the resolution and protect itself from scrutiny," Dam noted.

Recent estimates from the UN Office for the Coordination of Humanitarian Affairs show that some 1.5 million people are currently internally displaced in Yemen as a result of the fighting. More than 21 million Yemenis are reported to be in need of humanitarian protection or assistance.