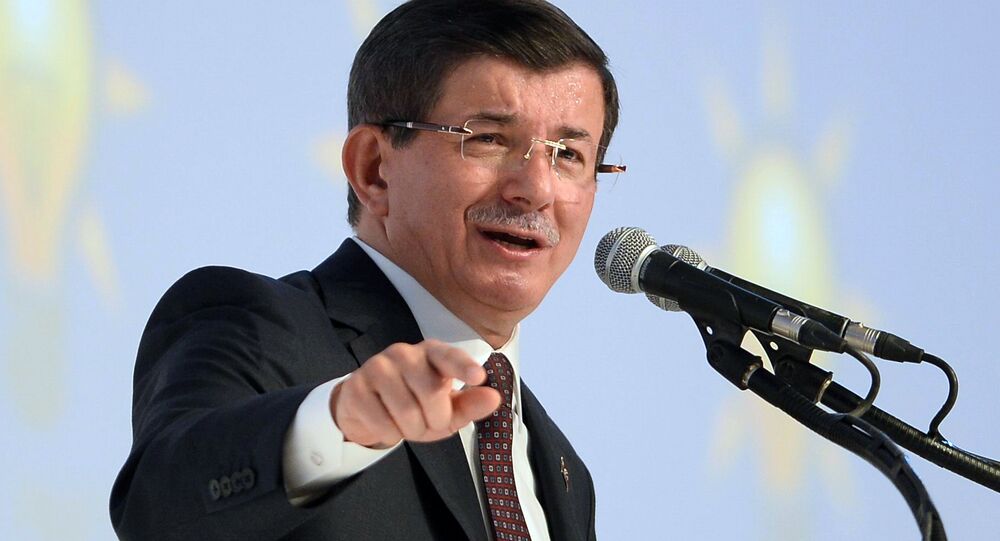 According to Turkey's Prime Minister, 16 kidnap victims are presently at the Turkish embassy in Baghdad and will return home as soon as all the necessary preparations would be finished.

“Sixteen of the earlier kidnapped Turkish workers are currently in our embassy in Baghdad. I have spoken with someone of them on the telephone. Their health is in good condition, and they will be returned to Turkey as soon as all the necessary preparations would be finished,” Davutoglu wrote in his Twitter account.

© AP Photo
Iraq's Anti-ISIL Intelligence Alliance Has Pentagon Officials Worried
On September 2, The Turkish construction company Nurol Holding reported that 18 of its employees had been kidnapped in the Iraqi capital of Baghdad by Shiite militants. Two of them were released in mid-September.

On Monday, the militant group responsible for the kidnapping wrote about the release of the rest of the kidnapped workers in its account on the social network.

This is not the first case of Turkish citizens being kidnapped in Iraq. In June 2014, militants from the terrorist group Islamic State took 49 employees of the Turkish consulate in Mosul in northern Iraq hostage. The hostages were released after three months in captivity.