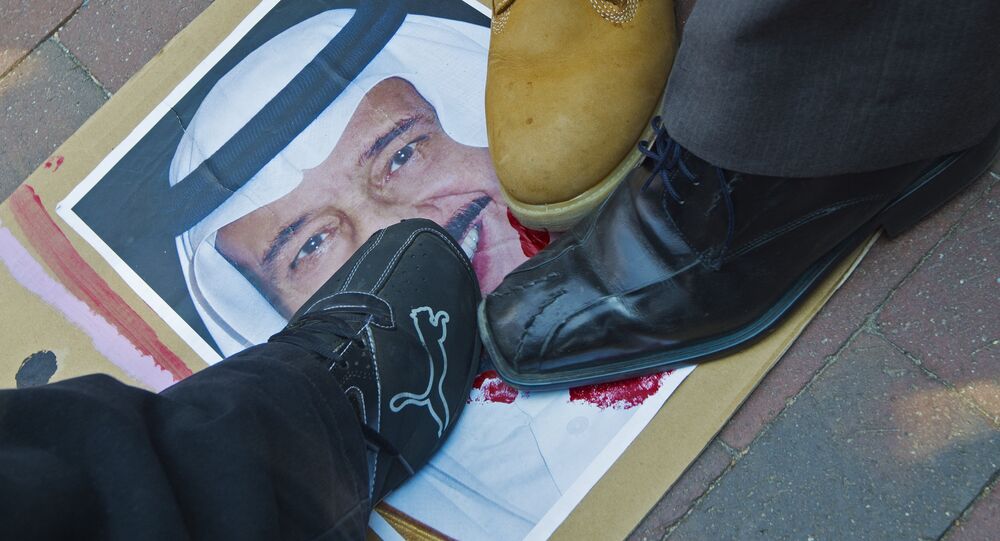 A senior Saudi prince has launched an extraordinary call to overthrow the leader of Saudi Arabia, King Salman, saying that his poor management of the state, along with dropping oil prices, the war in Yemen and the recent Hajj tragedy in Mecca is leading the country down the path of ruin.

The prince, one of the grandsons of the state’s founder, Abdulaziz Ibn Saud, was quoted by the Guardian saying that many within the Saudi royal family, and in turn the wider public, were unhappy with King Salman, who acceded the throne in January.

The unidentified prince wrote two letters earlier this month calling for the king to be challenged and removed, saying that he wasn’t fit to run the country. He said:

"The king is not in a stable condition and in reality the son of the king [Mohammed bin Salman] is ruling the kingdom."

"So four or possibly five of my uncles will meet soon to discuss the letters. They are making a plan with a lot of nephews and that will open the door. A lot of the second generation is very anxious."

The prince’s letters also alluded to a wider dissatisfaction with King Salman, stretching far beyond the royal family.

"The public are also pushing this very hard, all kinds of people, tribal leaders. They say you have to do this or the country will go to disaster."

The recent double tragedy in Mecca – Islam’s holiest site – has further sparked criticism of the current management of the country, after more than 800 people were killed in two separate incidents.

A fortnight after more than 100 people died following the collapse of a construction crane at Mecca’s Grand Mosque, 770 more were killed and many others injured in a stampede during the Islamic Hajj pilgrimage, thought to be the largest annual gathering of people in the world.

© AP Photo
Muslim pilgrims and rescuers gather around the victims of a stampede in Mina, Saudi Arabia during the annual hajj pilgrimage on Thursday, Sept. 24, 2015

The tragedies sparked damaging criticism from regional enemy Iran, with President Hassan Rouhani questioning the legitimacy of the Saudi leadership to manage such holy sites and events, accusing the country of incompetence.

On top of recent events, the global drop in the price of oil has also placed extra pressure on King Salman’s leadership, with reports the country has withdrawn as much as $70 billion from overseas investment funds to bolster the kingdom’s coffers.

Saudi Arabia is predicted to exceed its budget by more than $162 billion this year, with King Salman’s son, Mohammed bin Salman coming under increasing pressure, as he is in charge of oil policy.

Another issue causing great anger among Saudis is the country’s bombing campaign against Houthi rebels in Yemen.

While Riyadh and Western officials have backed the strikes in the hope of returning exile leader Abd Rabbuh Mansur Hadi to power, activists have said that many Saudis are appalled at the situation, with the Arab world’s largest country pummeling its poorest, resulting in many civilian casualties.

As a result of the recent troubles surrounding the kingdom, the unnamed prince called on the 13 surviving sons of the state’s founder Ibn Saud to unite and overthrow the leadership in a coup, in what would be one of the most dramatic events in the country’s history.

"Allow the oldest and most capable to take over the affairs of the state, let the new king and crown prince take allegiance from all, and cancel the strange, new rank of second deputy premier," the prince said.

"We are calling for the sons of Ibn Saud from the oldest Bandar, to the youngest, Muqrin, to make an urgent meeting with the senior family members to investigate the situation and find out what can be done to save the country, to make changes in the important ranks, to bring in expertise from the ruling family whatever generation they are from."

Kingdom in Crisis: Saudi Arabia Pulls up to $70 Billion from Global Markets