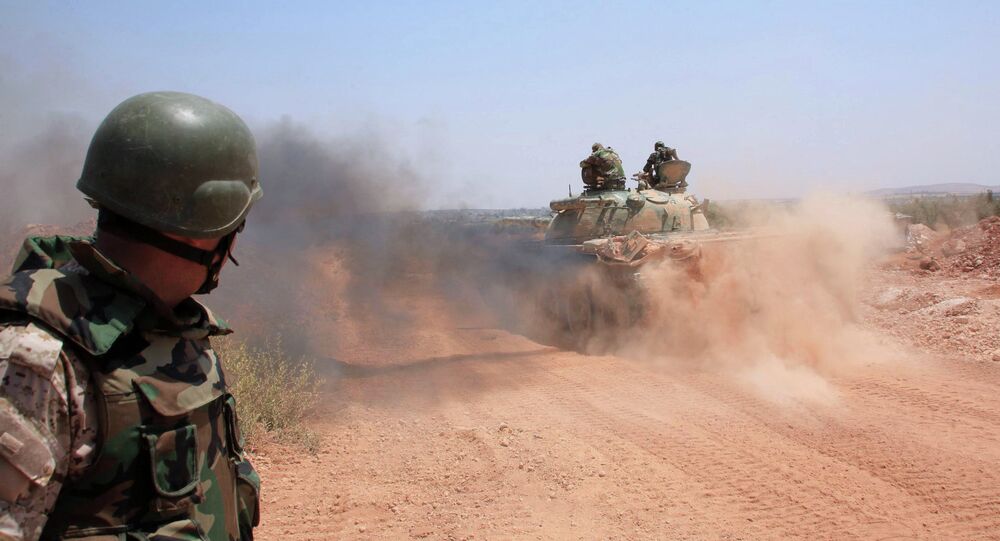 A ceasefire between the Syrian army and opposition forces is expected to apply until the status of the militants and civilians in the settlements has been agreed on by the sides to the truce, according to the media reports.

© AP Photo / Pool photo via AP
US Ready for 'Immediate Discussions' With Russia on Syria - Kerry
MOSCOW (Sputnik) – A ceasefire between the Syrian army and opposition forces in four Syrian border settlements was extended until further agreement, sources told Lebanese media on Tuesday.

The Syrian army and the Lebanese movement Hezbollah’s truce with rebels, reached on Monday, covers the towns of Zabadani and nearby Madaya near Damascus, as well as Foua and Kafarya villages near the Turkish border, the sources told Al-Manar satellite network.

According to other media reports, the ceasefire is expected to apply until the status of the militants and civilians in the settlements has been agreed on by the sides to the truce.

© AP Photo / Misha Japaridze
Russia, Iran to Coordinate With Damascus on Zarif Syria Reconciliation Plan
Some 200 insurgents, surrounded by the Syrian army and Hezbollah fighters, were estimated to be holed up in the center of Zabadani before the ceasefire.

This latest halt in fighting comes over a month after a prior truce with al-Qaeda affiliated Nusra Front and the Ahrar al-Sham militants ended.

It is also the third such truce to be take affect in these settlements in a month, according to media reports.

Syria has been mired in civil war since 2011 as the Syrian government forces of President Bashar Assad have been fighting opposition factions as well as extremist groups, including Islamic State and the Nusra Front.