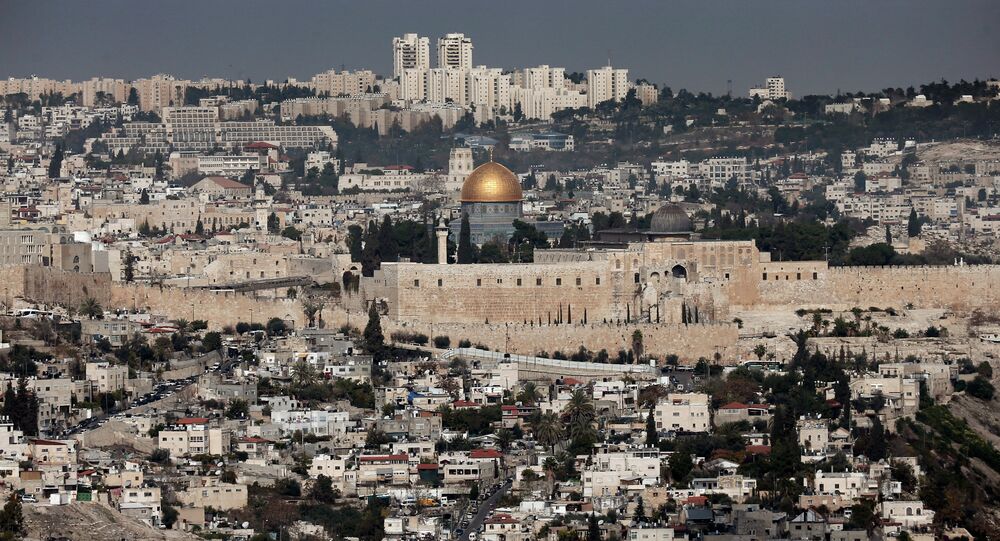 The UN Special Coordinator called on the UN Security Council to "restore" the hope for a peaceful future for both Palestinians and Israelis amid clashes that had erupted in Jerusalem.

UNITED NATIONS (Sputnik) — The UN Special Coordinator for the Middle East peace process, Nickolay Mladenov, on Tuesday called on UNSC to give Israelis and Palestinians hope for a peaceful future.

"For too long, the Israeli and Palestinian populations have lived their lives vacillating between hope and fear — with fear frequently triumphing. The time has now come to right that balance and restore the hope for a peaceful future for both Palestinians and Israelis," Mladenov said at the briefing to the UN Security Council on the situation in the Middle East.

© AP Photo
Russia Warns Jerusalem Clashes Could Delay Israel-Palestine Reconciliation
According to Mladenov, "to do so will require a broad approach that integrates tough political decisions by the parties on the ground, focused engagement and goodwill of key regional actors, and coherent, reliable support from the international community."

Mladenov reminded of the three days of clashes between Israeli police and Palestinian youth in the Temple Mount, revered by both Muslims and Jews sanctuary in the heart of Jerusalem, which started on September 13.

"As the Middle East faces a vicious tide of terror and extremism, such serious provocations have the potential to ignite violence well beyond the walls of the Old City of Jerusalem," he said.

Symbolic Move: Palestinian Flag Will Be Raised at UN for Abbas Speech