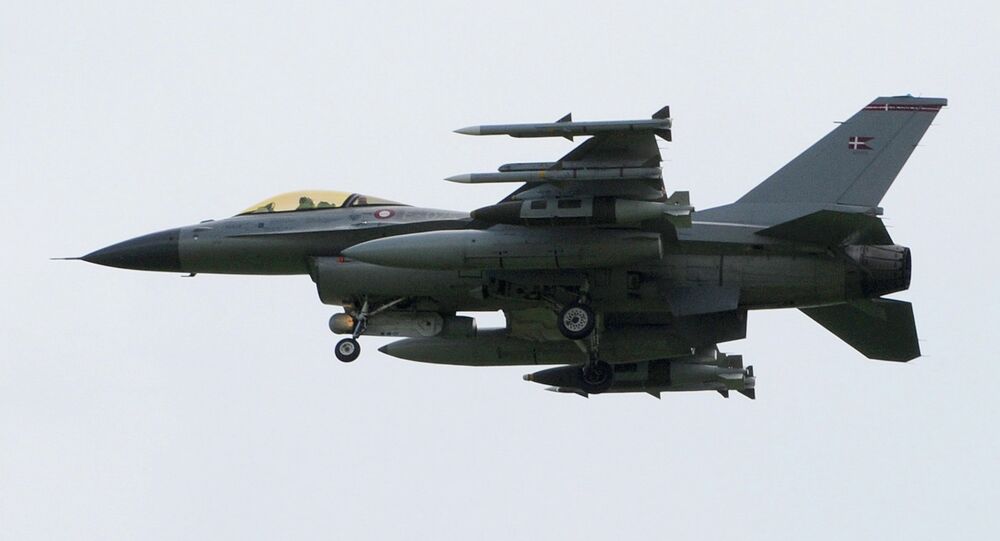 © AP Photo
ISIL Uses Chemical Weapons to Make Up for Defeats in Iraq, Syria - Lawmaker
Most are familiar with Denmark for its excellent international rankings: the UN ranks it first in terms of income equality and Gallup ranks it the World's Happiest Country. According to the Economist Intelligence Unit, it is the world's second-most peaceful country. It has also been actively engaged in most if not every US-led military campaign, and recently posted a grimly-worded press release: Danish fighter jets probably killed civilians in an air strike conducted against “approved” ISIL targets in Iraq on August 30th. Neither an exact death toll, nor the location of the air raid was specified.

“Danish F-16 jets that are engaged in the fight against ISIL on August 30th carried out an attack on approved targets. All procedures for the implementation of an attack in relation to the coalition’s guidelines were followed,” the Defense Command wrote in a statement on its website.

After the attack, a “routine evaluation” of the mission led Danish personnel to the conclusion that there might have been civilian casualties. The incident was thus reported to the Operation Inherent Resolve headquarters, where an investigation has been initiated.

The Defense Command also stated that they are set to look into the current combat flights’ procedures in order to find whether there is a need for improvement.

According to the Defense Command website, the Royal Danish Air Force warplanes, seven F16s in total accompanied by almost a hundred personnel, have been engaged in the military operation in Iraq since October last year; they are stationed in neighboring Kuwait. As of September 1st, four jets from the group have participated in around 500 Close Air Support missions and dropped more than 464 bombs, while three other F16s stayed in reserve. Targets included weapon positions, personnel, vehicles and buildings confirmed by reconnaissance means as in use by ISIL terrorists.

All in all, more than 4,000 air strikes have been launched in Iraq since the beginning of Operation Inherent Resolve more than a year ago. Almost three thousand strikes were conducted by the US and the rest were carried out by coalition nations, including Denmark as well as Australia, Canada, France, Jordan, The Netherlands and the UK.
“The coalition and our partners on the ground are continuing to tighten the noose around Daesh [ISIL] in Iraq and Syria,” the operation Chief of Staff Brig. Gen. Kevin Killea said in a statement previously.

“Every member of the coalition plays a vital role in degrading the terrorist organization, and we are all working to dismantle Daesh [ISIL] while limiting their ability to harm civilians,” the general noted.

The continuing airstrikes follow an earlier damning report by Airwars project, a group monitoring the anti-ISIL coalition’s attacks. It stated that more than 450 civilians have been killed in US-led air strikes against ISIL in Syria and Iraq since the beginning of the campaign.

The US-led international coalition has been launching airstrikes against the group's positions in Iraq since August 2014, and expanded the attacks to include ISIL targets in Syria in September 2014.

ISIL Uses Chemical Weapons to Make Up for Defeats in Iraq, Syria - Lawmaker

US Condemns ISIL Alleged Use of Chemical Weapons as Reprehensible