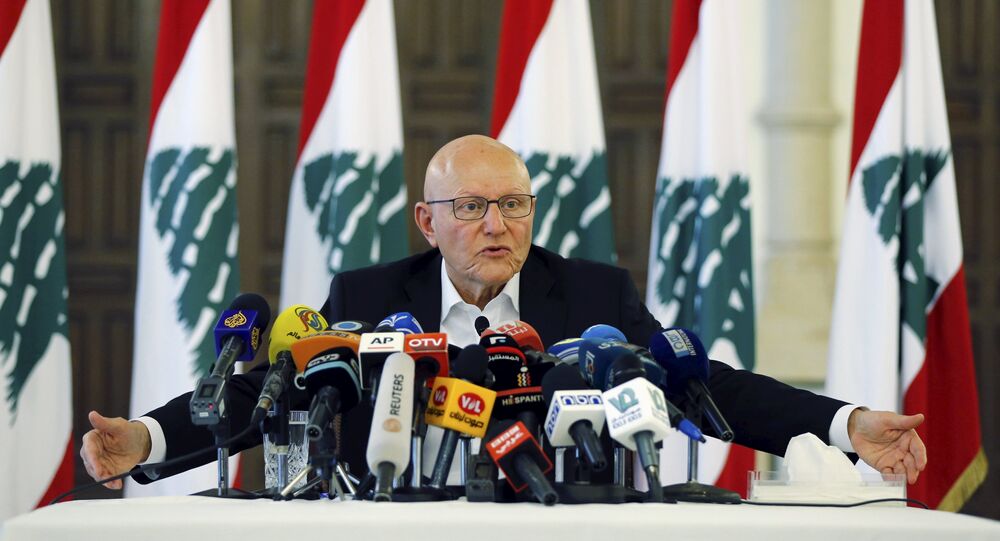 © REUTERS / Mohamed Azakir
Lebanese Army Arrives in Beirut as Clashes Continue
MOSCOW (Sputnik) — The newspaper reported, citing ministerial sources, that the prime minister had received phone calls from top diplomats of Arab countries and the European Union asking him not to resign, fearing the country would fall into turmoil.

© REUTERS / Mohamed Azakir
Lebanese Police Use Water Cannons to Disperse Beirut Protesters (VIDEO)
Following the incident, Salam said the country's officials "share the pain" with those who had been injured during the protests, and that all parties responsible for violence against the protesters in Lebanon would be brought to justice.

UN Ready to Extend Mandate of UN Mission in Lebanon