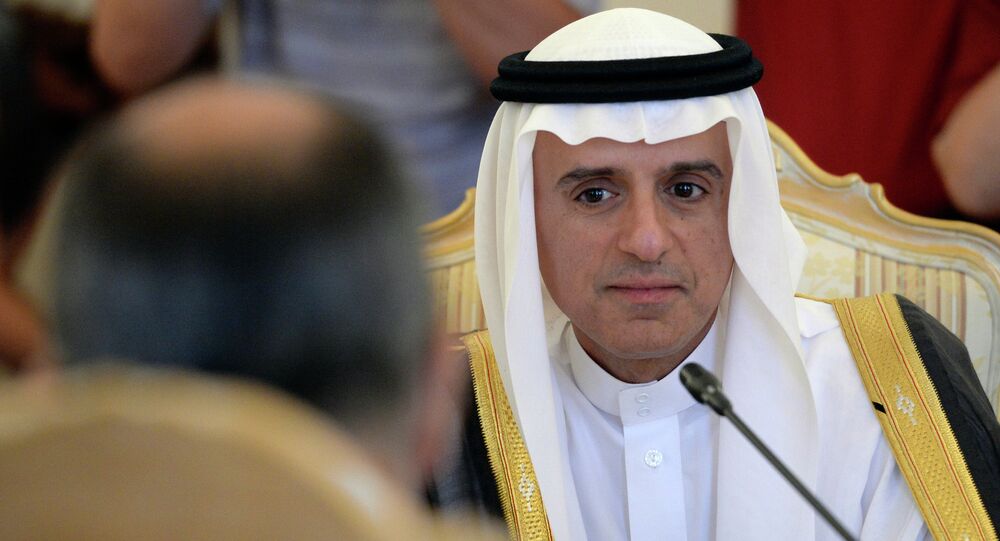 According to Saudi Foreign Minister, Riyadh’s position on the crisis in Syria has not changed.

"We have emphasized that the Kingdom of Saudi Arabia’s position in regard to the crisis in Syria has not changed. It’s based in the points of a Geneva communique that there is no place for current President Assad in Syria’s future," Jubeir said during a joint press conference with Russian Foreign Minister Sergei Lavrov in Moscow.

Jubeir added that it is necessary to retain Syria’s "state and military structures after Assad."

© AP Photo / Rased News Network via AP
US Coalition Using ISIL to Reach Own Goals - Syrian Ambassador to Russia
Syria has been mired in a civil war since 2011, as government forces fight opposition and radical Islamist militant groups, including the Nusra Front and the Islamic State.

While the West has pushed President Bashar Assad to step down, Moscow argues that the Syrian people should be able to choose their government and leaders without outside intervention.

Moscow and Geneva have each hosted two rounds of talks between the Syrian opposition and authorities.