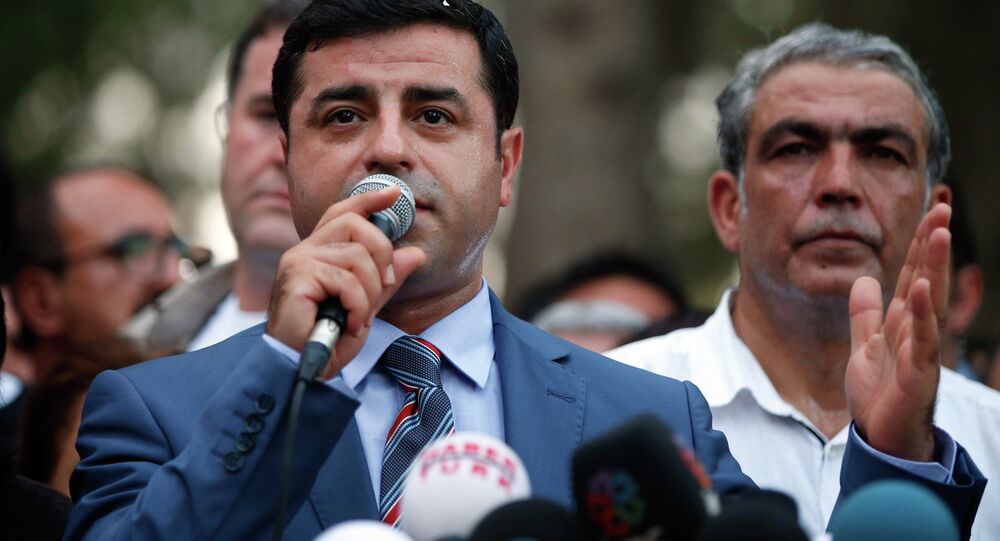 The leader of Turkey’s pro-Kurdish People's Democratic Party (HDP) Selahattin Demirtas said that a recent escalation of hostilities between Kurds and the government would be catastrophic for Turkey, with a possibility of bringing the nation to the brink of civil war.

In Turkey's June 7 general election, AKP, which has governed Turkey since 2002, lost its parliamentary majority but remained the largest party in the parliament. The party also failed to win the majority necessary to submit constitutional changes.

A recent escalation of hostilities between Kurds and the government would be catastrophic for Turkey, with a possibility of bringing the nation to the brink of civil war, he added.

Kurds are Turkey's largest ethnic minority, comprising up to 25 percent of the population. The Kurdish pro-independence movement is especially strong in the southeast of the country.

© Flickr / Official U.S. Air Force
Turkish Jets Strike Kurdish Targets in Northern Iraq
"Currently the interim government … is dragging the country toward a great war, step by step. The AKP is bogged down in crime," the HDP leader added.

Recently, AKP was vilified by HDP for turning a blind eye on the threat of domestic violence in the country posed by the Islamic State (IS) militant group amid a terrorist attack in the city of Suruc on the Syrian border, where 32 people were killed and about 100 injured.

Ankara Committed to National Unity Despite Airstrikes on Kurds in Iraq