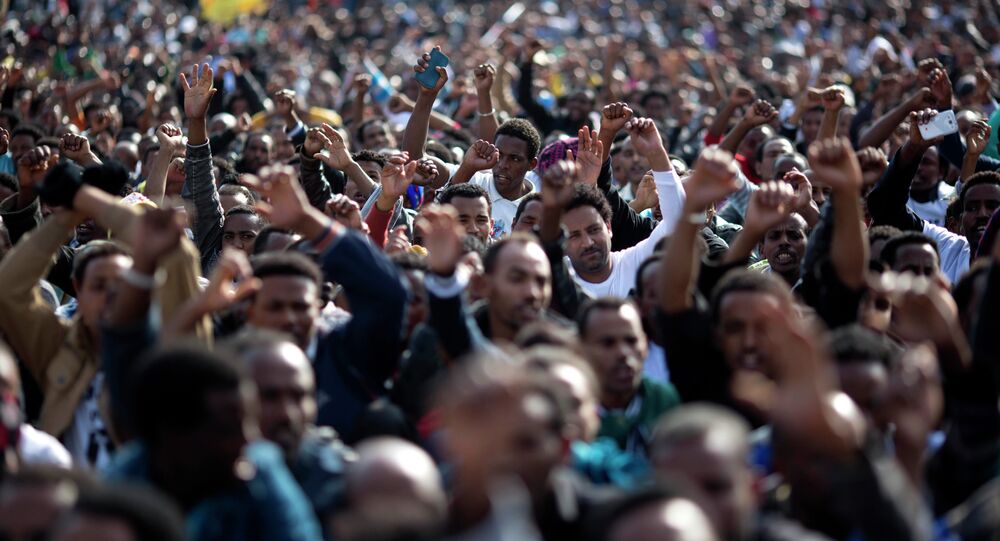 There was not enough evidence that deported asylum seekers from Israel back to Rwanda and Uganda faced violations of their human rights, according to the judge of the district court in the Israeli city of Beersheba.

MOSCOW (Sputnik) — The district court in the Israeli city of Beersheba rejected a request from human rights groups for an interim order to prevent the deportation of asylum seekers back to Rwanda and Uganda and against indefinite detention of those refusing to leave Israel, local media reported Sunday.

© AFP 2020 / JALAA MAREY
The Great Wall: Israel to Build Security Fence on Border With Jordan
The petition was reportedly submitted by two Eritrean nationals, who did not want to leave Israel for Rwanda and ended up in a detention facility.

"The petitioners did not present me with a substantiated evidentiary basis of the personal, specific danger they face and the general fear they noted is too broad and nonspecific; and does not seem to testify as to the general rule," judge Rachel Barkai was quoted as saying the Haaretz newspaper.

The judge said there was not enough evidence that those deported from Israel back to Rwanda and Uganda faced violations of their human rights there.

According to the UN High Commissioner for Refugees (UNHCR) data, there are more than 5,500 asylum seekers in Israel, with only 286 of them originating from Israel itself.