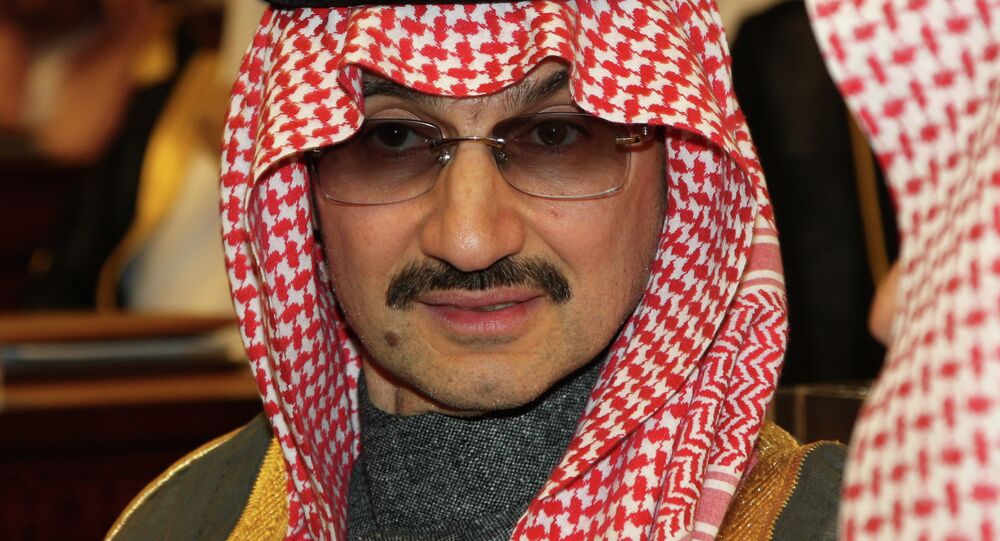 The world's 20th richest person, Prince Alwaleed bin Talal, has pledged to give away $32 billion (28.8 billion euro) of his fortune in the years to come.

The money would be used to advance intercultural understanding, eliminate diseases, develop communities, and empower women and youth, Alwaleed said during a news conference in Riyadh on Wednesday.  He also stressed he owes his wealth to Saudi Arabia, so that country will be a priority of the windfall.

As part of the Giving Pledge campaign, in which the world's wealthiest people are encouraged to give most of their wealth to philanthropic causes, about 200 individuals all around the world have promised to give away more than half of their fortune, including Bill Gates and Warren Buffett, who have donated more than $46 billion.

"It is a commitment without boundaries. A commitment to all mankind," said Prince Alwaleed.

The Saudi magnate is standing for a "better world of tolerance, acceptance, equality and opportunity for all."

https://t.co/F0x5bZIPf8 After 35 Years of serving humanity, today I am pledging my wealth to @alwaleed_philan http://t.co/xXYCjOMy9B

The total donations from the late King Abdullah's nephew have reached $3.5 billion since the 1980s.

The donations to charity will have nothing to do with any of the future projects of Kingdom Holding Co., a diversified investment holding company based in Riyadh of which Alwaleed is the CEO, the prince told reporters. Kingdom Holding managed to raise billions of dollars through Twitter, News Corp and Citigroup investments, in which the prince holds stakes.

The Saudi Cables: Riyadh Offered $10B to Free Hosni Mubarak