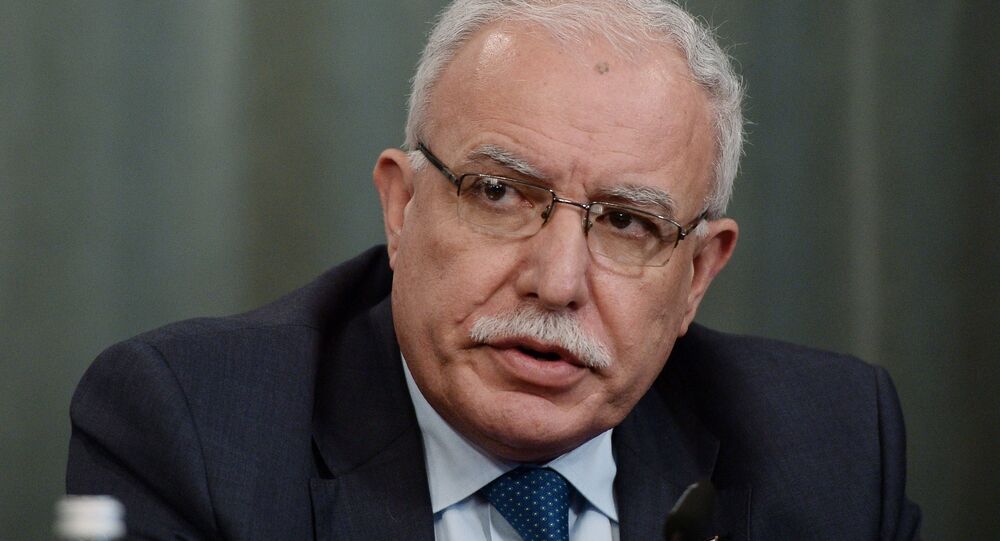 Foreign Minister said that Palestine is grateful for Russia’s cooperation in many spheres, including the Israeli-Palestinian conflict peace negotiations.

"We thank Russia for all the efforts to help us in many areas," Palestine’s top diplomat told journalists.

Maliki added that the Middle East is currently experiencing a "big political deadlock."

Earlier today, a two-day international meeting to promote the peaceful resolution of the Israeli-Palestinian conflict began in Russia’s capital Moscow.

Palestinians pursue the diplomatic recognition of their independent state in the area of the West Bank, including East Jerusalem, partially occupied by Israel, and the Gaza Strip. The Palestinian Authority has asked Israel to pull out from territories it seized in 1967.

Russia is one of 135 out of the 193 United Nations member states that have formally recognized the State of Palestine. The most recent 2014 round of peace talks between Israel and Palestine failed to provide a resolution.