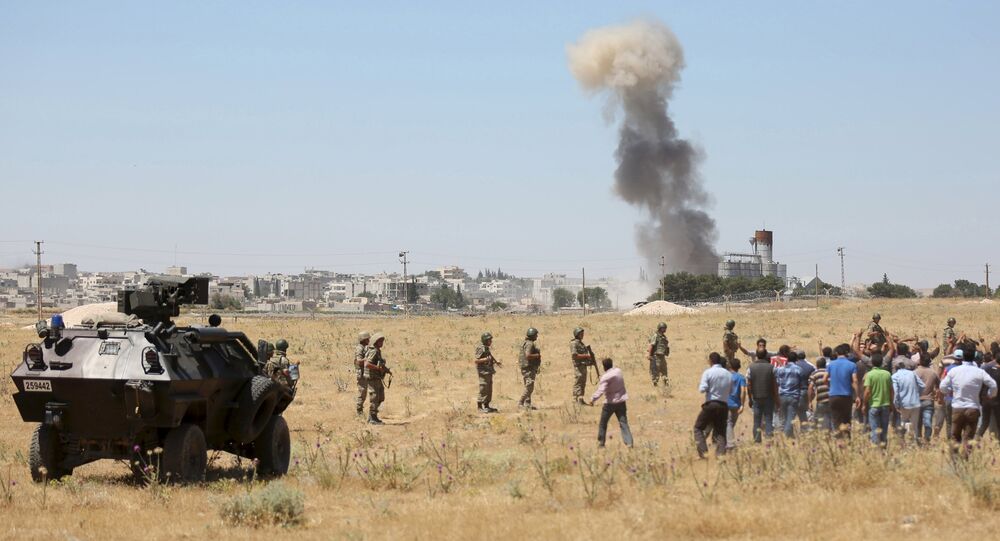 Turkey Vows Vigorous Response to Any Security Threat From Syria

According to Foreign Ministry, Turkey will take drastic measures if poor security on the Syrian border poses a threat to the country.

© REUTERS / Osman Orsal
US Says Turkey Must Play Bigger Role to Cut Flow of Terrorists Into Syria
MOSCOW (Sputnik) – Turkey will take drastic measures if poor security on the Syrian border poses a threat to the country, a spokesman for the Turkish Foreign Ministry told Sputnik Thursday.

"This issue affects the international security system. If the situation on the border with Syria poses a threat to the security of Turkey, its national interests, we will take decisive steps to prevent this threat," Tanju Bilgic said, commenting on the ongoing civil war and resultant human rights catastrophe in neighboring Syria.

The remark followed Turkey-Russia ministerial-level consultations on the crisis held in Ankara on Wednesday.

"During the meeting, the sides discussed in detail a number of topical issues concerning the situation in Syria, Iraq, and the fight against the Islamic State [jihadist group]," Bilgic told Sputnik.

Since the rise of the Islamic State in the Middle East, Turkey has become a transit country for people traveling to join the jihadi militants. Turkey is currently hosting the largest community of displaced Syrians in the region; those who have fled their home country over violent clashes between government forces and militants, including the IS.

In February, Turkey signed an agreement with the United States to train and equip so-called moderate Syrian rebels opposed to ISIL militants.