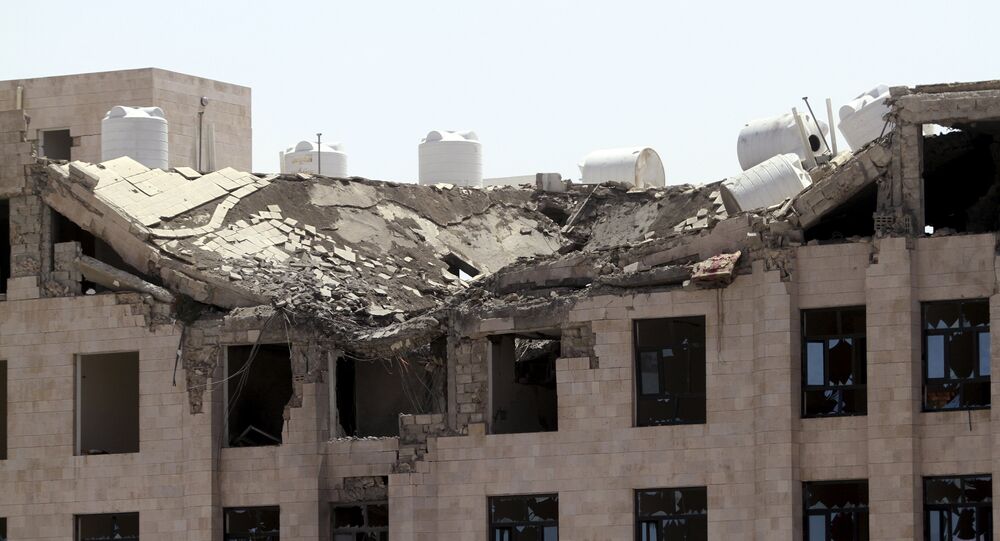 The Saudi-led coalition, which is conducting an air campaign against Houthi rebels in Yemen, used banned cluster munitions in at least one airstrike in the past month, a watchdog said Sunday.

© REUTERS / Stringer
Explosion Reported at Missile Storage Facility in Yemen
MOSCOW (Sputnik) – According to Human Rights Watch (HRW), whose representatives visited Yemen’s northern governorate of Saada, cluster munitions were used in two separate attacks on May 15 and May 16.

In one of these cases the munitions were air-dropped, leading the activists to conclude that the Saudi-led coalition was behind the attack, which wounded three people. The coalition is the only party to the Yemeni conflict that uses aircraft.

HRW also said that they have received information suggesting other possible incidents of cluster munitions use.

More than 100 countries have signed the 2008 Convention on Cluster Munitions, but neither Saudi Arabia nor Yemen are parties to the international treaty prohibiting the use of cluster bombs.

The Saudi-led coalition began carrying out airstrikes on the Houthi position in Yemen in late March at the request of displaced Yemeni President Abd Rabbuh Mansur Hadi.