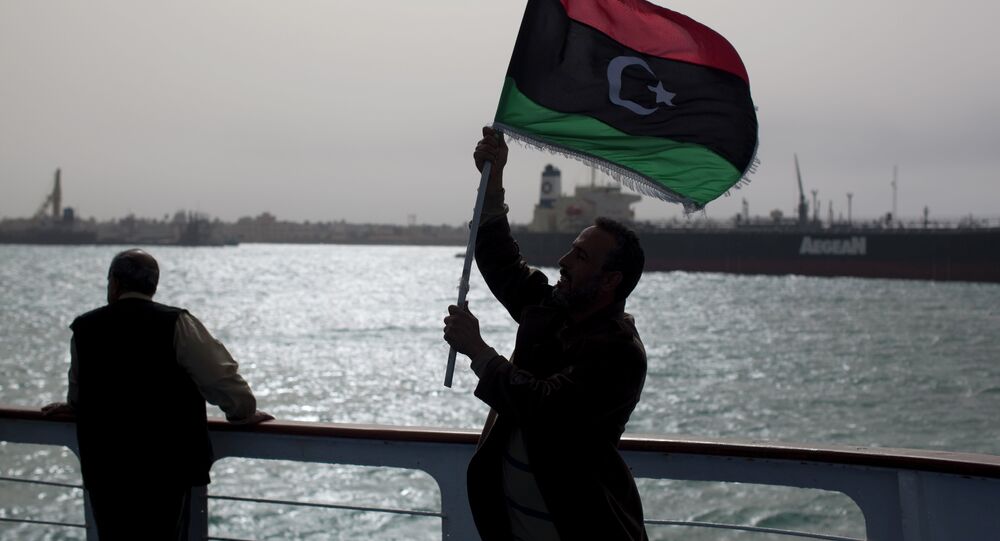 Libyan Prime Minister of the Tripoli government has issued a warning to the EU that the North African state is ready to repel any military action in the region.

In an interview to the Independent, Prime Minister Khalifa al-Ghweil described the European Union's plan for military action in Libyan waters to combat migration across the Mediterranean, as a return to the "colonial mentality", and "completely unacceptable in the modern world."

"They can't come to control us, we can't return to the era of 1911, foreigners deciding things. We have the ability to defend our sea and our land, as we had shown in our history and also during our revolution".

In an embarrassing blow to the EU's military reputation, its naval intervention plans have been leaked. Classified documents reveal plans to "disrupt the people smugglers' business model" by sinking boats to prevent them from reaching Europe.

© AP Photo / Antonio Calanni
WikiLeaks Reveals EU Plans to Attack Refugee Boats
The European Union is planning to launch its naval operation from its headquarters in Rome, under an Italian admiral, with the Britain taking a lead role in any military action. According to Matteo Renzi, Italian prime minister, the military action will be an "attack on death rackets, attacks against slave traders (traffickers)."

Smugglers' boats will be confronted, their vessels boarded to remove the migrants and the crew arrested. The boats destroyed, before reaching European shores.

The leaked classified documents also reveal an acknowledgment that the EU military might face threats from terrorist groups such as Islamic State.

"The threat to the force should be acknowledged, especially during activities such as boarding and when operating on land or in proximity to an unsecured coastline or during interaction with non-seaworthy vessels. The potential presence of hostile forces, extremists, or terrorists such as Da'esh [ISIL] should also be taken into consideration."

It's claimed that since the fall of Gaddafi in 2011, following a bombing campaign led by Britain and France, many of the weapons used by western forces to oust the regime, are now in the hands of rival militias, including Islamic State.

Libya is, according to the UN Head of the Support Mission in Libya, Bernardino Leon, "on the verge of economic and financial collapse", and "facing a huge security threat because of civil war." The UN special envoy believes that the more important threat to Libya comes from ISIL, also known as Da'esh.

"Da'esh is trying to build strong bases in Libya. Libya also is facing an increasing political division with these competing institutions in the east and in the west".

Bernardino Leon, who has been trying for months to broker an agreement on a national unity government for Libya, in response to the planned military operation in the Mediterranean, said: "We should try to have the cooperation of the Libyans."

With a ramped up military operation instead of an agreed humanitarian one, European Union leaders have been accused of putting borders before people. Many EU member states have rejected a quota system for resettling rescued refugees and the proposed military action has come under fire from human rights groups.

Meanwhile, Prime Minister of the Tripoli government Khalifa al-Ghweil says he has not been consulted by the European Union over the proposed mission and warns that Libya is ready to launch a counter-attack against any EU military action in the North African state.